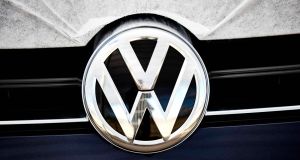 VW is facing a series of lawsuits in countries across Europe. Photograph: EPA

Volkswagen has attempted to circumvent Germany’s largest collective lawsuit by offering more than 400,000 customers direct compensation for vehicles that were installed with diesel emissions cheat devices ahead of a critical court date in May.

The company said an €830 million settlement agreement with the consumer rights group VZBV, which brought the landmark case to a court near VW’s headquarters last year, fell apart due to a dispute over an extra €50 million in legal fees.

Instead, it launched a website asking claimants to register directly with VW in order to receive their share of the proposed amount.

If they accept, the final payment to German consumers is likely to be between €1,350 and €6,200 per car owner, a fraction of the $12,000 to $44,000 handed to US drivers in an agreement reached with law enforcement authorities in 2016, soon after the Dieselgate scandal broke.

VW, which is facing a series of lawsuits in countries across Europe, has already paid out more than €30 billion in Dieselgate fines and settlements.

The company has always maintained that its misconduct caused no harm to customers in Germany, most of whom continued to drive the affected vehicles after a software fix.

Justifying its decision to withdraw from negotiations, VW said VZBV’s legal advisers failed to provide sufficiently concrete proof of the services for which the €50 million was to be paid.

“They have refused an independent legal examination of their fee claims,” the company added.

However, the VZBV said it was “irritated” by VW’s decision, and emphasised that it had not insisted on the extra fees.

“We did everything we could to ensure a good and fair settlement,” VZBV’s director Klaus Mueller said in a press conference, “and the sudden breakdown of negotiations by VW fits into the tradition of the Dieselgate fraud.”

VW’s latest effort to reach a settlement could lead to a further deluge of individual claims in Germany, undermining the purpose of the collective lawsuit, a model which was brought in by politicians to alleviate the burden on the country’s legal system.

Christopher Rother, who represents 12,000 customers in individual claims against VW, said the move was an attempt by the carmaker to reduce the impact of a judgment in Germany’s Federal Court of Justice in May, which could broaden the company’s liabilities.

The court will decide whether Volkswagen can deduct the mileage driven from the total cost of the cars affected.

Mr Rother, who also acted on behalf of consumers in the US against VW, said his company would launch an “aggressive” campaign to tempt consumers away from a settlement with the car manufacturer.

“We will make a counter-offer, and where necessary, make an upfront payment,” said Mr Rother, who has raised several hundred million euros from British and American private equity firms to fund his approach. – Copyright The Financial Times Limited 2020