Porsche scraps all diesel options, for now, amid annoyance with Audi 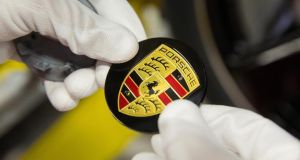 Porsche has become the highest-profile brand to scrap diesel cars from its line-up. Rumour had it that the new Cayenne SUV, due to be launched in April in its right-hand drive version, would not have a diesel-engine option, but now Porsche has gone a step further and withdrawn its last existing diesel variants, the Macan S Diesel and Panamera 4S Diesel.

The Macan used the 3.0-litre TDI V6, shared by various Audi and VW models, which has come under increasing scrutiny for emissions cheating, especially in the United States. At least 210,000 Audis sold with the engine in Europe and the US are being investigated for possible cheating, according to Munich’s public prosecutor.

The core problem lies in two areas: the new “worldwide harmonised light vehicles test procedure”, or WLTP, that the European Commission is phasing in to replace the “new European driving cycle”, or NEDC, test, and Audi’s diesel-engine recidivism.

Insiders say that sales of the Macan diesel have been stopped because the German federal motor transport authority, or KBA, found five potential emissions-cheating software codes in the engine’s management software. And the KBA is a bit fed up with that sort of thing from the Volkswagen Group.

In an enormous headache, the KBA this month reportedly threatened to withdraw its type-approval certificate for the Macan diesel because of the questionable software codes, which would have forced Porsche to buy back every single one of them it had sold in Europe.

Porsche had been negotiating for a recall instead, but the KBA had been dragging its heels in validating Porsche’s proposed software update. And the walls closed in, so the company had to stop selling the car to stop the potential buyback liability becoming any bigger and to throw the KBA a bone.

Porsche is no longer terribly amused by this sort of thing from Audi, its diesel-engine supplier, and has been getting stroppier since Dieselgate broke the entire Volkswagen Group’s reputation wide open.

The recalled Cayenne V6 turbodiesel “was the last thing we took straight from Audi and bolted in”, Porsche’s technical director, Michael Steiner, said at the 2016 Paris motor show. “Back then it was more or less plug and play. It was in the platform we used and it was already developed.Today we could question it.”

Porsche has done more than question it, though: it sued Audi for €200 million last year for damages over the diesel-engine saga, and nobody at either company is talking about how that legal action was concluded.

Porsche has alluded to the likelihood that the diesel Macans and Panameras would have seen their emission and fuel-consumption figures spike upwards under the WLTP tests, and that customer preferences are moving towards the brand’s plugin-hybrid models. Porsche has also said that as diesel accounts for only about 15 per cent of its global model mix, it can’t justify continuing investment.

That said, the German sports-car maker did not deny the possibility, at least, of reintroducing diesel models if public opinion and market forces align. Michael Steiner, who is on Porsche’s executive board for research and development, said that even as Porsche is hard at work developing its first fully electric car, the Mission E, it hasn’t given up on fossil fuels just yet.

“Will Porsche turn its back completely on combustion engines after the market launch of the Mission E? By no means,” he said. “Or at least not in the foreseeable future. Purely electric vehicles will play an increasingly significant role in the future, for Porsche as well as for everyone else. In our opinion a scenario in which every fourth Porsche vehicle is delivered with an electric power train by 2025 is entirely realistic, provided the demand is there.”