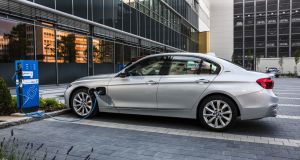 All new electric vehicles must be fitted with a noise-emitting device to alert other road users to their presence.

The European Union rule came into force on Monday following concern that vehicles without a petrol or diesel engine are too quiet, putting pedestrians, cyclists and other vulnerable road users at risk because they do not realise they are approaching.

New types of quiet electric and hybrid vehicles with four wheels must now be fitted with an acoustic vehicle alert system (AVAS) which will generate a sound similar to that made by a conventional engine.

The AVAS must be activated when a vehicle is reversing or travelling below 19 km/h, but the driver will have the power to deactivate it if judged necessary.

UK roads minister Michael Ellis said: “The government wants the benefits of green transport to be felt by everyone, and understands the concerns of the visually impaired about the possible hazards posed by quiet electric vehicles.

“This new requirement will give pedestrians added confidence when crossing the road.”

The government announced a plan last summer to ban the sale of new petrol and diesel cars and vans by 2040.

Alternatively-fuelled vehicles such as pure electrics and plug-in hybrids made up 6.6 per cent of the UK new car market in May, compared with 5.6 per cent during the same month in 2018. –PA