And should that really matter? 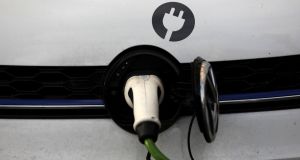 The end of ‘Range Anxiety’ was supposed to have been here by now.. Photograph: Simon Dawson/Reuters

The end of “Range Anxiety” was supposed to have been here by now. The advent of mainstream electric cars, made by popular, mass-market brands such as Hyundai, Kia, Volkswagen, Nissan, Peugeot and so on, that can go for 300-400km on one charge of their batteries, was supposed to have killed off Range Anxiety – that sweaty-palmed feeling that you’re not going to be able to get to the end of your journey without running your electric car’s battery flat.

It’s a sensation that makes what should be easy, relaxed driving – no vibration, no noise, a clear environmental conscience – into a mobile hell. We all, when afflicted by Range Anxiety, turn into wannabe Jim Lovells, anxiously watching every gauge and dial, and doing frantic mental maths to try and work out if our four-wheeled capsule is going to make it home to Earth, metaphorically speaking.

So why hasn’t the advent of these common-place (relatively speaking) longer-range electric cars done away with Range Anxiety? According to a study by the National Centre for Biotechnology Information in the US, the simple answer is experience, or lack thereof.

We simply, it seems, have not yet had enough time to get our heads around the different ways and means of electric car driving, nor enough time to become used to judging how far we need to go and how easy (or, indeed, hard, it will be for us to get there. The NCBI’s report concluded that: “Battery Electric Vehicle (BEV) driving experience (defined as absolute kilometres driven with a BEV) seems to be one important variable that predicts less range anxiety.”

Of course, the charging infrastructure plays a huge role in all of this. If you’re confident that you can get your EV connected to a charger (fast or otherwise) when you need to, then the whole basis for Range Anxiety simply goes away.

According to a survey carried out by PriceWaterhouseCoopers for the National Grid in the UK, “A motorway rapid charging network could help range anxiety for non-EV drivers with some of the sources reviewed confirming this. Research suggested that reduced charging times are the one charging infrastructure improvement that EV users most desire.”

Sadly, in Ireland, the charging network is not yet doing enough to convince many drivers when it comes to switching. Research carried out by Allianz Insurance in Ireland showed that only 44 per cent of drivers feel that they have faith in electric cars as day-to-day transport. A mere 24 per cent said that they would be happy embarking on a long cross-country journey with an electric car, and only 20 per cent say that they are happy that they would be able to find a charging point when they need one.

Those based in Connacht and Ulster say that they are actually confident that they would not be able to find a charger at all. According to the Allianz report: “There was an overwhelming belief that charging point infrastructure is subpar in Ireland, with 45 per cent believing availability is poor in Irish cities other than Dublin, 61 per cent thinking its poor in all suburban areas, and 79 per cent stating that availability of charging points in rural Ireland is very poor.”

That’s in spite of recent figures from the Central Statistics Office which showed that the average commuting distance in Ireland is just 14.7km – a figure that means all of us should be able to get by with a Renault Twizy, a ‘car’ (it’s technically a quadricycle) with a one-charge range of less than 80km.

Of course, that bald statistic simply doesn’t take into account the fact that people use their cars for other than commuting, and many need longer-range transportation for visiting family at opposite ends of the country, frequently to areas poorly served by public transport, at frequent intervals.

Without a much improved national charging network, small-battery models are simply going to fail

We’ve put together a table to the one-charge ranges of all the electric cars currently on sale in Ireland, plus the expected ranges of some models due to go on the market shortly. The variance is huge, especially if one takes in such outliers as the forthcoming Tesla Roadster (which claims an as-yet untested 1,000km range from a massive 200kWh battery) and that aforementioned Twizy.

The majority of cars are now falling into that 300-400km range now, with a few – notably the Honda e, the Mini Cooper S E, and the upcoming Mazda MX-30 – having deliberately lower ranges as their makers seek to limit the weight and cost of the cars by making smaller batteries. Indeed, Mazda’s head of engineering, Christian Schultze, says that the battery pack in the MX-30 is being kept small for environmental reasons – so that manufacturing the battery doesn’t cause excessive carbon emissions or other environmental impacts, and that the car’s range is sufficient for most daily commutes.

He is, technically, right, but again that seems to ignore the fact that people like their cars to be flexible in their performance, and without a much improved national charging network, small-battery models are simply going to fail in this metric, not to mention being entirely unsuitable for those who cannot charge at home.

The figures we are using in our table are all taken under the current World harmonised Light-duty vehicle Testing Procedure (WLTP) and as such can be considered reasonably accurate within a given margin for error. That error will expand and contract according to weather conditions (excessive heat or excessive cold is bad for batteries, plus you run energy-intensive cabin heating and cooling systems more often), the routes on which you’re driving (urban roads good, motorways bad, when it comes to range), and your own personal driving style - that last arguably the most important variable.

We’ve included some speculative data on models such as the Rivian R1T pickup and the Tesla Roadster, and some models – such as the MG ZS, DS3 Crossback, and Polestar 2 – which are not yet available for sale in Ireland, nor are they earmarked for such. Those figures are included to give you a general sense of the possible when it comes to electric car ranges.