The new Leon features more sporty lines than its German sister, the Golf and will come with plug-in hybrid variants 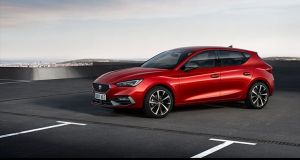 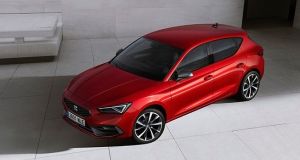 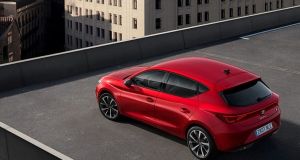 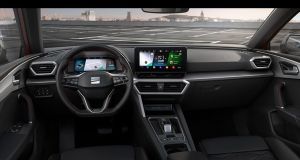 It’s never nice when your former boss steals your thunder. News broke that Seat’s former chief executive Luca de Meo has taken the wheel at Renault just as the new Seat Leon was being unveiled in Spain. The timing will not have gone down well at the Martorell plant.

The challenges for de Meo are well understood. But the high-flying auto executive once billed as the man to put Seat back on the motoring map can reflect on the fact the VW-owned brand has such a good looking new family car - and is still competitive - is partly down to his time in charge.

The new Leon features more sporty lines than its German sister, the Golf, while there are even a few styling cues taken from its richer cousin Porsche.

The fourth generation of the Leon will come with the usual three body styles: hatchback, estate and crossover. Diesel and petrol power continue to feature with the addition of what is being billed as a green twist. A new e-TSI mild hybrid and eHybrid plug in hybrid are joining the range.

The 1 litre TSI three cylinder petrol engine becomes the new entry point. The Leon in built on the same platform as the new generation VW Golf. Despite talk by Seat officials of billions spent on the Leon’s development, most of the money was invested in Seat’s giant manufacturing plant on the outskirts of Barcelona. Volkswagen had already done most of the heavy for the new Leon with the new Golf.

In terms of dimensions, the new Leon hatch is 86mm longer, but loses 16mm in width and 3mm in height. The boot capacity remains the same at 380 litres.

Inside the cabin is completely redesigned with flush surfaces, new wrap around LED ambient lighting and a general nod to minimalism. A large 10.25 inch touch screen with gesture recognition has allowed Seat bin a lot of physical buttons for secondary or less important controls.

Brand Director at Seat Ireland Niall Phillips “The Leon is hugely important to the brand, not only because it represents Seat’s core DNA and values, but it will open up the brand to an even wider audience with the introduction of the mild hybrid and plug-in hybrid powertrains.”

The e-TSI comes in two guises and uses a 48 volt mild hybrid system paired with the 1 litre 110hp or 150hp 1.5 litre petrol engines. Both have DSG automatic gearboxes.

The PHEV eHybrid features a 1.4-litre petrol engine and an electric motor powered by a 13kWh lithium-ion rechargeable battery that can be plugged in. The DSG auto hybrid pushes out a combined 204hp and can run in EV mode for up to 60km, according to the company.

Conventional engines feature a 150hp 1.5 litre petrol with active cylinder management as the next step up from the 1 litre. A 190hp 2 litre automatic (DSG) tops the petrol range. Diesel power comes from a 2 litre TDI in two power guises 115hp and 150hp.

The new Leon arrives in Ireland in May.