If they are not being plugged in, they are worse for the environment 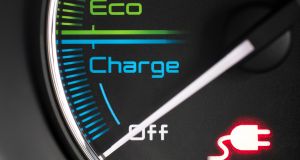 Plug-in hybrids are seen as both a possible solution and a hindrance to reducing carbon emissions. Photograph: iStock

In the race to bring CO2 motoring emissions down to zero, one type of car is being touted equally as a potential solution to all ills and as an evil that must be extinguished. That type is the plug-in hybrid.

At one point, about a decade ago, it seemed that a plug-in hybrid would be the saviour of the car itself with the much-anticipated launch of the Chevrolet Volt.

Powered by a combination of petrol engine and electric motor, plus a stack of batteries that could be charged from the mains, the Volt was lauded by its creator, General Motors (GM), as an ideal solution.

Use the electric power to do your regular, short daily drives and rely on the petrol engine and fuel tank for longer journeys. So confident was GM that most owners would rely on the car’s electric power that they included a special setting for the engine, one that would fire it up to burn petrol lest it sit in the tank for too long and lose its potency.

The Volt metaphorically crashed and burned when put on sale. Ignored on both side of the Atlantic – it was briefly sold here, badged as an Opel Ampera but at €47,000 was considered far too expensive for a car the size of an Astra saloon – it failed utterly in its mission to remove the shackles of ecological limitations from the private passenger car.

Nevertheless, the idea still seemed like a good one and car makers have persisted with it. A modern plug-in hybrid isn’t quite the same as a Volt – the way in which power is shared between petrol and electric is rather different for most modern plug-in hybrid electric vehicles (PHEVs) – but the tempting idea of electric power all week and then petrol (or even diesel) power for longer hauls at the weekend remains tempting.

Not least because there is a significant tax advantage for most buyers. The rated CO2 emissions of a plug-in hybrid are usually very, even spectacularly, low. As low as 22g per kilometre depending on the model and the electric range of such cars goes up all the time. Fifty to 60km on a single charge is now commonplace and Mercedes is about to launch a plug-in hybrid variant of its new S-Class luxury saloon with a 100km electric range.

According to the 2016 census, we all live an average of 15km (in a straight line) from our places of work so a plug-in hybrid should be able to drive emissions-free for a couple of days without needing to be charged.

Ah, but there’s the rub. A persistent anecdote about plug-in hybrid cars is that they get traded back in with their charging cables still in a plastic wrapper in the boot. In other words, they’ve been bought for their tax advantages but people aren’t bothering to plug them in and use them to the fullest of their abilities.

This potentially makes a plug-in hybrid a bigger source of emissions than a conventional petrol-engined car. Anecdotally we’ve see that with some test cars, especially larger ones such as the Volvo XC90 T8 and the old-shape BMW X5 40e, both of which dipped into the 20 to 25mpg regions when driven with a flat battery.

Environmental think tank Transport & Environment (T&E) wants to punch the PHEV card once and for all, saying that they are effectively “fake electric cars” being used cynically by carmakers to bring down average emissions figures (thereby avoiding EU fines) without ensuring that the customer actually plugs the car in regularly nor even knows how to.

“Analysis of databases of real world emissions of PHEVs by T&E shows rather than emitting on average 44g of CO2 per kilometre, as measured using a flawed laboratory test, most PHEVs are actually emitting more than 2½ times this level of CO2 emissions when driven on the road,” said a T&E report .

“Over the lifetime of the vehicle a new PHEV in 2020 will emit about 28 tonnes of CO2, slightly less than a conventional hybrid car (33 tonnes). In comparison a petrol or diesel car emits 39 or 41 tonnes, respectively. A new battery-electric car will emit about 3.8 tonnes from the electricity it uses.”

The T&E report has been criticised for being too selective and focusing on company car usage rather than privately-owned PHEVs.

Land Rover’s Nick Rogers, the company’s director of product engineering, speaking at the launch of the new Discovery Sport and Range Rover Evoque plug-in hybrids told The Irish Times: “We’ve seen figures from our existing PHEV owners which suggest that the ratio of miles driven in electric mode compared to miles driven using the petrol engine is close to 50-50. Certainly, what we’re finding is that people who are buying such cars are actively seeking them out, so they’ve already made a conscious decision to buy in to this kind of technology.”

Meanwhile, Emissions Analytics, an independent emissions testing firm, has described the PHEV as “Schrödinger’s car” – that PHEVs are both good and bad until they are used.

“Unless this challenge is resolved, it could lead to – if PHEVs gain high market share – a subversion of the policy for reducing CO2. But equally, if PHEVs are banned, the removal of a potentially powerful low-carbon technology. If you already believe the endgame is battery electric vehicles and we just need to get there as soon as possible, then banning PHEVs will seem the obvious and comfortable option” said Nick Molden, director of Emissions Analytics.

“Under European regulations, vehicles will have to report their real-world fuel consumption from 2021. This could give a good estimate of the real-world UF [utility factor – the ratio between the distance driven in ‘charge depleting’ mode divided by the total driven distance] which could be used for this reweighting and applied retrospectively to all PHEVs on the road. It would not be a sufficient solution just to wait and see from this data whether there is a problem. There is a problem and this data can be used to implement a solution today.”

One possible solution is a return to the design of the Chevrolet Volt, or at least partially so. You see, the Volt was not a PHEV in the current sense (where a car can be driven entirely by the electric motor, entirely by the petrol engine or both at once) but was actually a range extender. In other words, it was always powered by its electric motor and the petrol engine was only there to act as a portable generator, using its fuel and power to charge the battery on the go. Most modern PHEVs can do that, when you activate it as a specific function on the dashboard, but at the expense of higher fuel consumption while driving.

Mazda has a potential answer to this which uses range-extender technology but in a new way. Its new MX-30 electric car has been specifically designed to have a small, light battery pack giving the car a fairly short 200km range but meaning that it requires less CO2 to be emitted during the car’s construction.

Next year, to provide a longer-range version of the model, Mazda will introduce a range-extender model. That will use a tiny, light rotary engine, mounted in the spare-wheel well, which will spin at an efficient, constant engine speed to charge the battery as you drive. While the engine will run on conventional petrol for now, there is potential for a rotary engine to burn anything from alcohol-based methanol to hydrogen. While such fuels don’t have a zero-emissions rating, neither does electricity.

As ever with transportation conundrums, there is no easy, straightforward answer. An electric car, running on batteries, seems like the more straightforward solution but its battery generates enormous amounts of CO2 emissions when it’s being built, the electricity used to charge it has emissions of its own and then there is the debate over the use of rare-earth metals and even child labour in the battery supply chain.

Plus the endless debate over the charging network and infrastructure needed. PHEVs possibly present a useful halfway house on the road to full electrification but, as with any vehicular option, careful consumer education is needed if they are to reach their full potential.