Are biofuels part of the carbon emissions solution?

E10 fuel, which mixes plant-based ethanol into petrol, is being touted as a climate saviour but is it more trouble than it’s worth? 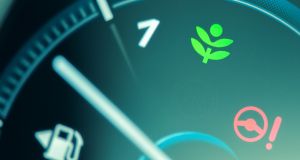 The latest reports show that carbon emissions from cars are still rising, and we simply cannot afford, in any sense, for that to continue. Photograph: iStock

Ethanol as a fuel is not a new idea. In fact, go back to the dawn of both motoring and the car industry, and you’ll find that the Ford Model T, the car that put the world on wheels, could run on either regular petrol or ethanol alcohol.

The use of ethanol is back in the headlines now, and a new group – Ethanol Europe – is advocating the potential benefits of E10, petrol with a little plant-based ethanol alcohol mixed in.

The idea is pretty simple. With 10 per cent of plant-based ethanol in petrol, you’re effectively trimming Co2 emissions, because an amount of your fuel comes from renewable resources, rather than digging up dead dinosaurs, and there’s the potential for major reductions in vehicle Co2 emissions while we wait for the electric car revolution to truly get itself in gear.

The difference being in the depth of the digging. E85 fuel, 85 per cent ethanol with 15 per cent petrol, was once going to be Ireland’s saviour. At a time when everyone was worried about “peak oil” the thinking was that we could grow plants, turn them into alcohol, and run our cars on the subsequent brew.

Maxol got on board as a fuel supplier. Special pumps and storage tanks were built. Carmakers such as Saab, Volvo, Ford, and Renault all supplied cars with engines that could run on either E85, regular unleaded, or any mix of the two.

It was a disaster. Lots of people bought E85-capable cars, but mostly because there was a tax break – a reduction of the car’s vehicle registration tax. Few, if any, actually fuelled up with E85, and supplies ran dry in the face of apathetic demand. Added to that were worries that, because ethanol is less energy-dense than petrol, everyone’s fuel consumption went up, and there were concerns over tillage space for actual food being shoved aside for tillage space for fuel crops.

Now, though, the idea is to make a petrol with a 10 per cent ethanol mix, E10, the fuel that everyone uses.

“Ireland has one million petrol vehicles,” James Cogan, Ethanol Europe’s industry and policy adviser told The Irish Times. “E10 allows that fleet to cut emissions by an amount equivalent to taking 50,000 cars off the road. Or the amount that would be achieved by replacing 100,000 of them with electric cars – at a cost of €1 billion in grants and foregone tax.

“Yes, electric cars will one day outnumber conventional cars, but right now the conventional fleet is still growing much quicker than total sales of EVs in Ireland, in the EU, and everywhere. By the time EVs account for half of the fleet, the fleet could be double its current size. After E10 there is E15, and E85 which is now available in a quarter of France’s petrol stations, and growing rapidly.”

That all sounds good, but the concerns over the use of ethanol in fuel haven’t gone away. The petrol that you currently pump into your car has a 5 per cent ethanol mix – hence why you will see a little E5 badge on petrol pumps and inside filler caps – and that’s a pan-European standard. At a 5 per cent mix, the ethanol is benign, and means you don’t have to upgrade any of your engine or fuel supply parts. Up the mix of ethanol, though, and that can become an issue. Ethanol is corrosive, and it can eat away at fuel lines, tanks, and engine components. Plus it absorbs more water, and so can potentially contaminate the petrol that it’s mixed with. Ethanol can also separate out from the mix in storage, and if pure ethanol is burned in a conventional engine, it can damage pistons and valves.

Cogan says that such worries are unfounded, though, and that with E10, there are no such issues. “Absolutely all petrol vehicles and engines – cars, jet skis, gardening equipment – no matter the age, make or model are suited to E10,” said Cogan. “There is much written about this by observers, and much navel gazing, but half a billion vehicles of every imaginable type worldwide have been running on E10 for many years and not a single incident has ever been reported.

“Back in 1978, the US government asked the motor industry if it had any reservations about E10 and it said no. The US has been running on E10 virtually exclusively for over a decade without issues and they are now transitioning to E15. The issue with older engines is only the speculation about older engines, not the actual application which has been proven in the real world on a gargantuan scale.”

There would, says Cogan, also be no issues with people taking tax breaks without actually using the fuel – E10 would, in theory, simply become the standard pump fuel used across the country, and all cars could, in theory, use it so the end-user motorist would need to make no change.

As to the worries over the use of land for growing fuel crops, Cogan is equally reassuring. “The UN IPCC 2019 special report on climate and land confirms that unsustainable use of land is a major risk. But it also confirms the findings of the 2018 IPCC report on keeping warming under 1.5 degrees, that biofuels are essential to successful climate action. It repeatedly stresses therefore, that good regulation on land is necessary” he said.

“In Europe farmers have difficulty getting enough for their crops to make a living. Having a captive market in biofuels is good for them, bringing about 6 billion euros in demand, which is the equivalent to about 12 per cent of CAP.”

“When we built our plant in Hungary 10 years ago the local grain was going into state-funded intervention storage. Our operation created real demand for around €150 million of farm crops and several times that figure in value-add in the region. We have created a rural renaissance in the area with thousands of new jobs, much public investment made possible by extra local taxes and other investments following us in.”

In this area, others are not so sure. According to environmental think tank Transport & Environment (T&E) the use of crops as fuel has increased demand for biodiesel has driven the price of vegetable oils in the EU, such as rapeseed, palm oil, soy and sunflower, up 171 per cent per exajoule (EJ) of biodiesel produced, according to an analysis by consultancy Cerulogy for BirdLife Europe.

T&E’s clean fuels officer Jori Sihvonen said: “Food-based biodiesel are, on average 80 per cent worse for the climate than the fossil diesel they replace, when ILUC emissions are included. Biodiesel made from palm oil is three times worse for the climate than fossil diesel. Europe’s cars and trucks are now the top consumers of palm oil in Europe.”

There are also concerns over the carbon emissions from the farming methods used to grow biofuel crops, with some claims that these emissions outweigh the carbon-neutral effect of growing crops for fuel.

William Todts, T&E’s director chimed in with another big worry — that increasing prices for biofuel crops encourages farmers to deforest areas for tillage: “This is a decade-long trend that gets worse every year. The EU struck a deal to phase out palm oil biodiesel by 2030 but the world’s forests can’t afford another ten years of bio-fuelled deforestation.

"We need European government to completely exclude palm oil from biofuels right now. What started off as a poorly thought-through plan to promote green fuels and boost European farming has ended in a nightmare. First we saw palm oil conquer the EU biodiesel market, now it looks like we’re headed for the second worst biofuel, soy. We need a complete policy reset on this.” It should be noted, though, that bio-diesel and E10 fuel are not the same thing, and the pros and cons of each are quite different.

So what’s the answer? There’s no easy one. As with any policy, an emphasis on biofuels can be beneficial to both the environment and motorists’ pockets, but such policies have to be incredibly carefully structured, with downstream unintended consequences carefully allowed for.

It’s useless to promote biofuels if growing the crops for them means cutting down and burning swathes of forest, and equally useless if they’re going to require major modifications to the national vehicle fleet. The only certainty is that something must be done – the latest reports from both home and the rest of the EU show that carbon emissions from cars are still rising, and we simply cannot afford, in any sense, for that to continue.