We’ve gone Sale Agreed. Can we keep the buyer’s deposit if they pull out?

Property Clinic: Should sellers not receive the deposit, to ensure buyers fully commit? 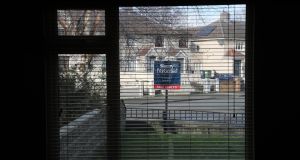 We’ve gone sale agreed on a property. Should we be able to keep the deposit so the buyers fully commit? Photograph: Nick Bradshaw/The Irish Times

We are in the process of selling our house in south county Dublin – for the last eight months. A previous buyer pulled the plug four days before signing contracts and got their full deposit back. We now have a new buyer and went sale agreed five weeks ago.

What’s to stop them pulling out if they can get their full deposit back and mess us around again? Should we as sellers not get the deposit as it would make buyers fully commit to the purchase if they thought they could lose say €15,000 and also stop “tyre kickers”?

Your experience is truly disappointing but unfortunately not that uncommon and one that experienced estate agents will have encountered on numerous occasions. It is never an easy conversation to have with a client.

On some occasions there is a genuine reason for the sale to fall through, which at least makes a disappointing situation, understandable. On other occasions, little if any reasons are offered to the vendor and this just makes a bad situation worse. Common reasons for purchasers pulling out of a property purchase are unsatisfactory structural reports, title issues and failure to obtain mortgage approval – as well as the dreaded “change of heart”.

“Tyre kickers” do exist, but an experienced chartered residential agent should be able to identify the best purchaser and provide you with the requisite advice in regard to your sale. In fact, given the introduction of new health and safety protocols for property viewings as a result of Covid-19, we’ll probably see fewer tyre kickers types in future and greater use of technology throughout the sales process.

For what it’s worth, I don’t believe many purchasers set out to “mess” with a vendor but, depending on the sales method used, the system does allow purchasers to withdraw from a property purchase prior to signing a contract. One must remember that when buying or selling a property, both purchaser and vendor will always act in their own best interests.

It is often said that purchasing a house can be a stressful and arduous task but unfortunately so too is selling one, as you have unfortunately discovered. I’m assuming your property is being sold by private treaty. Under this method, when an offer is placed, it is done so subject to certain conditions. These conditions can differ greatly from purchaser to purchaser and indeed from property to property. The most common condition inserted is that the offer is subject to formal exchange of contracts. (The other most common conditions include title, loan approval and surveyor’s report.)

It is generally held that the length of time taken to conclude the legalities of a sale has grown greatly in recent years. There are several reasons for this - higher work volume, three way closings etc - but sometimes the delay enables purchasers to continue their search and identify another property which they may favour over the one they’ve gone sale agreed on.

The Society of Chartered Surveyors Ireland supports a move away from paper-based conveyance and greater use of technology to speed up the process.

Under the Law of Contract, there is nothing that can bind a purchaser other than the signing of an unconditional contract. Therefore, should a purchaser withdraw from a property purchase prior to signing a contract, they are fully entitled to the return of the deposit in full, no matter how aggrieved the vendor may be.

There are however three scenarios where the deposit paid is not refundable. The first is where an agreed “non-refundable” deposit is paid as part of a private treaty sale. This would have to be agreed by all parties during the negotiations. In my experience this is a rare occurrence that only arises in exceptional circumstance. It is worth noting that on most occasions, a purchaser’s solicitor would advise against paying a non-refundable deposit.

The second and third scenarios where purchaser’s deposits are non-refundable is when a property is sold by other methods of sales such as public/private auction and sales by tender. In an auction, contracts of sales are prepared beforehand, and the bidders’ solicitors inspect these contracts prior to the auction. All other investigations (structural, finance etc.) are also completed in advance of the auction. The highest bidder at the auction signs an unconditional contract and pays a 10 per cent deposit immediately after the auction. This sales method is highly efficient but is not as widely used as private treaty within the Irish residential market.

The final method is sale by tender. This method requires a purchaser to supply a signed contract and deposit along with their offer by a certain predetermined day and time. This method is mostly used for other property types such as commercial or industrial units.

In summary, the private treaty method is not perfect and there are alternatives - and the conveyance process does need to be speeded up. But in the long run its advantages outweigh the inflexibility that a non-refundable deposit system would bring.

TJ Cronin is a chartered residential and commercial agent and vice-president of the Society of Chartered Surveyors Ireland, scsi.ie

What will €200k buy in Dublin and Co Roscommon?

Shingles: the facts and myths
10