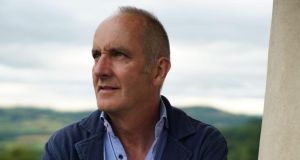 Two companies in Grand Designs presenter Kevin McCloud’s property empire have gone into liquidation, weeks after it was revealed that investors in his projects faced huge losses.

KPMG has been appointed to manage the liquidation of HAB Land and subsidiary firm HAB Land Finance.

These two businesses form part of McCloud’s Happiness Architecture Beauty (HAB) eco-friendly housing empire, and had wooed small investors with a multimillion-pound fundraising scheme promising returns of up to 9 per cent a year – but it was revealed in August that they could face losing up to 7 per cent of their money.

BAH Restructuring, which took a controlling interest in HAB Land earlier this year, has also gone into liquidation.

It has been a bad year for the TV property guru: at the same time, investors who sank money into another McCloud company, HAB Housing, complained they had not received a penny of what they had been told to expect, and had been “fobbed off”. Then in September, local residents claimed a flagship HAB Housing development in Kings Worthy, near Winchester in Hampshire, which was supposed to have been completed in 2018, resembled a “bomb site”.

McCloud resigned as a director of HAB Land and HAB Land Finance in early 2018, and HAB Housing – of which McCloud remains a director – is unaffected by the liquidation proceedings.

However, HAB Housing’s directors recently acquired majority ownership of HAB Land – and it also emerged in July 2019 that HAB Housing owed almost £1.6 million to HAB Land. It is not clear how much, if any, of this debt was subsequently paid, or how much this contributed to HAB Land’s problems.

HAB Land was set up in 2014 to acquire land for building projects in Winchester and Oxford, while HAB Land Finance was created two years later to raise funds from investors.

James Bennett, one of the joint liquidators, said: “The directors have reported that higher-than-anticipated design and project management costs, coupled with delays to the delivery of the sites, resulted in the companies experiencing significant liquidity issues. After being unable to raise further finance or renegotiate existing liabilities, the directors took the difficult decision to instigate liquidation proceedings.”

He added: “This has resulted in a considerable loss to mini-bond holders who largely financed the project.”

Almost 300 small investors put £2.4 million into a “mini-bond” scheme offered by HAB Land in early 2017. They were offered a return of 7 per cent to 9 per cent over five years, plus all their capital back in early 2022. They were later warned they could face losing almost all their money, and urged to back a bond restructuring, but this was rejected by the investors in September.

KPMG said that at a creditors’ meeting on October 15th, a vote was passed to put HAB Land into creditors’ voluntary liquidation.

In a statement, HAB Land said two subsidiary companies controlling the Kings Worthy site and a site in Cumnor Hill, near Oxford, “remain unaffected, as does HAB Housing at this time”.

Simon Bullock, a director of HAB Land, said: “This has meant that there is what we hope to be a temporary pause on the remaining works on the sites. We continue to explore all options to enable theses sites to be fully completed.”

In August, McCloud said: “I stand shoulder to shoulder with those who have lost money . . . I will of course do everything in my power to improve the current situation.” – Guardian

Turbocharge your barbecue: Tips from the pros for cooking over flames
4

Ghislaine Maxwell: Jeffrey Epstein’s ‘lady of the house’ and ‘madam’
7