Kevin McCloud saga:‘I’d never have invested if I’d known he would bail out’ 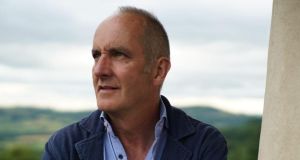 A fresh crisis looms for the Grand Designs presenter Kevin McCloud after attempts to restructure property bond investments in his housing empire failed.

Hundreds of investors – who were told last month they could face losing up to 97 per cent of their money – were in effect warned that if they did not back the restructuring, one of the firms in McCloud’s empire was at risk of being wound up or falling into insolvency.

It has now emerged that the proposals were not approved, with the directors considering their “next steps”. One investor – who put in several thousand pounds – said: “The whole thing is a shambles.” She added: “Obviously I would never have invested if I’d known that Kevin McCloud would bail out early and bond-holders would be left carrying huge losses.”

The star of Channel 4’s Grand Designs previously said he would do “everything in my power to improve the current situation,” and may now face pressure to use his own cash to help make up investors’ losses.

Between 2013 and 2017 McCloud wooed investors with a string of fundraising schemes that offered returns of up to 9 per cent a year from his Happiness Architecture Beauty (HAB) homes businesses. But two of the companies, HAB Housing and HAB Land, have run into serious financial issues.

Worst-hit are almost 300 small investors who put £2.4m into a “mini-bond” scheme offered by HAB Land in early 2017. They were offered a return of 7 per cent to 9 per cent over five years, plus all their capital back in early 2022.

But while those who signed up did receive a couple of annual interest payments, they were shocked to receive a letter in August 2019 that said there was “no reasonable prospec … that any further interest payments can be made … nor is there any reasonable prospect of the redemption of the bonds on or before the maturity date”. It added that HAB Land would not be able to continue to trade in the short to medium term without a further injection of funds.

The letter also said that “the net return available to bondholders would be expected to range from £606,000 (best case) to £69,000 (worse case) which, in each case, is equivalent to 26 pence and 3 pence for every £1 of bond monies invested”. So they would either lose 74 per cent in the best case, or 97 per cent in the worst case.

The directors said they believed they could “provide a better return to bondholders by continuing than would otherwise be available to them in the event of any winding-up, administration or similar insolvency procedure”. They proposed a restructuring whereby investors would not see any of their cash back until September 2024 at the earliest, and would also get zero interest until that date.

The voting deadline was 4 September, and bondholders have now received a letter saying that the resolutions were not approved. It added: “The directors are reviewing the current situation and will write again as soon as they have concluded that review.”

McCloud is a director of HAB Housing, which he founded in 2007, and set up HAB Land in 2014. McCloud resigned as a director of the latter in early 2018, though it is now majority-owned by HAB Housing’s directors.

In a statement, a HAB Land spokesperson said: “Following a bondholders’ vote, the resolution did not pass. The directors are considering next steps and taking professional advice.”

McCloud said last month: “I stand shoulder to shoulder with those who have lost money … I will of course do everything in my power to improve the current situation.” – Guardian