Nell Regan: ‘We spent our first months in disbelief, relishing the happiness at having a home’ 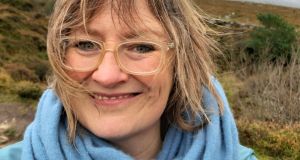 I stand on my balcony in December sun, watching the comings and goings of neighbours opposite. The last of the cleaning has been done - kitchen cupboards, skirting boards, the works. Contracts are about to be exchanged and all I have left to take is my collection of potted herbs. I feel a huge pang letting my first home go, but this one-bed apartment has changed my life so thoroughly, that this life no longer fits here.

It was another time, another housing bubble – same country. I was only able to buy because my number had (literally) come up under the provisions of the 1999 Affordable and Shared Ownership Scheme. In the mid noughties I entered the affordable housing lotteries of all the Dublin councils. I went back to renting, sharing, teaching, writing and saving, punctuated by bouts of despair about ever getting a home, as prices went up and up. A mortgage broker shook his head, “It’s a terrible pity you haven’t a boyfriend - to buy with”, when I went for … mortgage advice.

Several years later, just as my debut poetry collection had found its home with publisher Arlen House, I got a call from Dun Laoghaire Rathdown County Council. If I could prove I was a first time buyer with income under €50,000 and secure a mortgage on that income, there was a one-bed in Shankill with my name on it. Its current market price was €330,000 and I would buy for €200,000 - a discount of nearly 40 per cent. Under the scheme’s claw back formula, if I sold in under 10 years, I’d repay any profit in that ratio. After 10 years this dropped by 10 per cent a year. “What if prices go down?” I asked. There was a pause, “No one has ever asked us that.”

One Friday afternoon, May 2008, I collected the keys from my solicitor and drove straight to the apartment. I dragged the just-delivered mattress in from the corridor, plonked it on the concrete floor and locked the door of 327. I had come home. I spent that summer picnicking on the floor, gazing from the balcony, walking from bedroom to sitting room and back again. I had a mattress, a desk and a kettle. Having lived in rented spaces all my adult life, often sharing with friends or strangers, it was a wonder to me. It began to change how I thought and felt in the world – perhaps it’s about a return of one’s own agency. Because I had been able to get a 100 per cent mortgage (now much maligned but for me it was a lifesaver) I was able to floor and furnish the apartment. By my 39th birthday it was done, I had the floor to ceiling bookshelves I had long dreamt of. With each book shelved, books that had been packed and unpacked countless times, something in me settled.

I began to change my life. Within two years I’d handed in my notice on a permanent teaching job. Things were tight but an Arts Council bursary, a book commission and subbing got me through that first year. During the winter of the ‘great snow’ I stayed up one night to apply for a Fulbright to get me to Iowa’s International Writers’ Programme. I had a light bulb moment – why shouldn’t I have a writing life and a happy family life? It had always seemed like a choice. Walking by the sea later that week I knew whatever happened, things were pretty good - I felt happy each time I walked into my warm, bright apartment.

That year just over 3,000 households bought under the scheme. In my block this included many other single women in their 30s, now friends. We spent our first months in disbelief, relishing the deep happiness at having a home. For most, lives have been changed for the better, personally and professionally. Many have moved on – one to Geneva, another home to Poland and another to Wicklow with a new husband and kid. As for the Affordable Housing Scheme - when the economy crashed it ground to a halt. It depended on Part V, where developers had to provide 20 per cent of new housing for social and affordable. My apartment went into negative equity. It has since come back up in value and we have put it on the market for just over 10 per cent above the €200,000 I paid, but nowhere near that 2008 market price. I ring the Council and in this case the clawback arrangements are simple - anything over that original price will be repaid to them.

Many of the new schemes may yet have a transformative effect for the lucky few who buy them. It shouldn’t have to be a few.

Ireland is now in a different housing and homelessness crisis, with many of the same root causes. New affordable housing purchase schemes have just come into effect, under Part V of the Housing Act 2009. Income limits are the same; under €50,000 for a single person, €75,000 for a couple but the conditions have changed. Instead of selection by open lottery and the clawback, local authorities have ‘schemes of priority’ and retain an equity share, one equal to the discount received up to 40 per cent. This is to be paid off in instalments or recouped on sale. Some homes are due for completion in 2021, but the model is facing serious criticism. Proposed prices of Dublin City Council’s O’Devaney Gardens’ affordable units are already above local market values. Councillors in Dun Laoghaire Rathdown initially voted down the scheme, partly because households priced out of the area by high rents aren’t eligible. The handing over of public land to developers is also of concern, as is the percentage mix of affordable, social and private housing to be built. With all of these caveats, many of the new schemes may yet have a transformative effect for the lucky few who buy them. It shouldn’t have to be a few.

Me? In the event I did get to Iowa, published three more books and have continued to earn my living as a freelance poet and writer … and I fell in love. We didn’t get to have kids but we do have a happy family life – one which has outgrown this place. We got married last year, sold my husband’s two bed in Celbridge and, with the sale of my apartment imminent, have just been able to buy a bright, two bed house with a garden, in Shankill. My bookshelves fit the second bedroom, now my office, so well that they might have been made for it. The apartment sale completes in a few weeks, all that remains is for contracts to be signed off on by Dun Laoghaire County Council’s lawyers and arrangements made to transfer the clawback. I’m headed down to plant herbs in our new garden.

Nell Regan is a poet and author. Her next book 100 Poems, 100 Poets: Translations from the Japanese with James Hadley will be published by Dedalus Press later this year.