Nearly two thirds of asking price changes in the first half of the year in D4, D6 and D6W were reductions, as vendors adjusted expectations 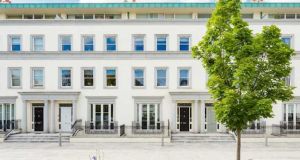 Latest CSO figures may have shown a slowdown in house price growth, but more notable is a surge in price drops on properties currently for sale. Though not widely publicised – some agents have even stopped flagging price changes alongside the headline listings on their properties – recent movements in prices on the property portals tell an interesting tale.

A quick look at the figures in two of Dublin’s prime residential hotspots shows the extent of the correction, which jars somewhat with the current noise around soaring prices in the capital.

In the first six months of the year, figures from property portal MyHome.ie show that 68 per cent of all price changes on properties for sale in Dublin 6 and Dublin 6W were price reductions. Of 158 price changes in these areas, 108 were downward revisions, with the average price decrease coming in at about 7.1 per cent.

Similarly in Dublin 4 there were a total of 117 changes made to prices over the same period, with price falls accounting for 62 per cent of these. The average decrease there was 7.2 per cent.

In both areas about 62 per cent of the price drops were on properties for sale in the €500,000-plus category. Angela Keegan, managing director with MyHome.ie, says: “Certainly the shift in these areas was a surprise. At this stage if you’re selling a property in that area, you’ve a far bigger chance of the price going down than up.”

The downward revisions reflect the very real disparity between asking prices and actual prices achieved since the new Central Bank restrictions on mortgage lending were introduced. The CSO figures are compiled from a number of sources including the Property Price Register (which details all residential properties purchased here since January 2010) and refer to sales that may have taken place up to six months prior. Often by the time they are published the market has already moved on.

Since tighter lending restrictions were introduced, asking price changes have become an early barometer of where the market is heading, and tend to more or less mirror the CSO figures when they emerge. If a period of serious growth or decline lies ahead, it will be reflected in asking prices first as sellers begin to adjust their expectations.

The brakes are on all right; there’s a fair bit of stuff hanging around

“Prices are still growing, albeit at a much slower rate, and that’s a positive. But vendor expectations around growth haven’t cooled, and the number of price drops we’re seeing now reflects that,” says Keegan.

The movements are hard to reconcile with a market which is severely understocked with properties to buy. Basic economics would suggest strong demand translates into higher prices, but the Central Bank has put paid to that because buyers can’t access the credit to pay the extra cash. This is impacting on sellers.

“The brakes are on alright; there’s a fair bit of stuff hanging around,” says selling agent Coleman O’Connor of O’Connor Shannon, whose business is concentrated in the Dublin 6 area. “We had a couple of portfolio properties owned by the vulture funds on with us, which were taken off and sent the online auction route. Twice they went for auction, failed to reach the guide price, and were returned to us. Eventually they sold about 5 per cent below the expected price.”

O'Connor says the market for second-hand properties around the €700,000 or €800,000 mark is particularly slow in the area, because at this price point they are often in need of refurbishment. “Period fixer-upper redbricks on nice suburban squares in need of around €300,000-plus of refurbishment aren’t moving. In the boom people happily ploughed credit into refurbs, but that money just isn’t there now. And if you have the cash, you can hardly get a builder, and if you do you’ll pay heavily for the work.”

The best market in these areas he says, is currently for “turnkey” properties where buyers can simply walk in and hang their hat. Their budget is tied to an exact borrowing sum, and to get any extra cash for improvement works is nearly impossible.