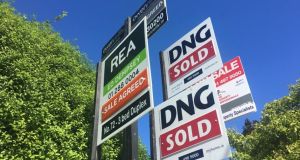 At the upper end of the new-homes market greater certainty over Brexit is already encouraging trader-uppers to take their fingers off the pause button, agents say. Photograph: Bryan O’Brien 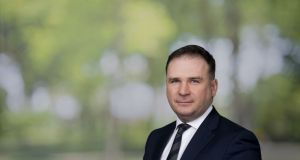 Estate agents want a stable market “because it’s good for everybody”, says David Browne, head of new homes at Savills. 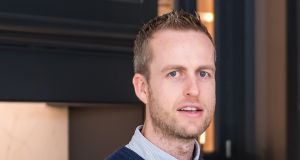 There is very strong demand for well-located new-build developments in both central locations and in the suburbs, says Tony Deane of Moovingo. 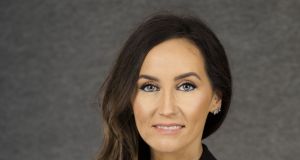 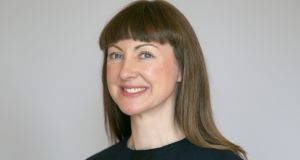 The number of people viewing properties has risen considerably, as have sales inquiries, says Gemma Lanigan, a partner at DNG. 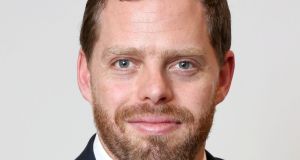 “Mortgage repayments are half what the buyer is paying in rent,” says Ivan Gaine, of Sherry FitzGerald 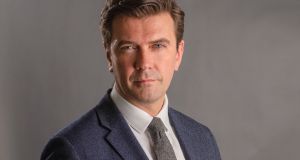 “There is still a shortage of properties to rent,” says Ray Palmer Smith, of Knight Frank

For once climate change can’t be blamed but this year has seen an unseasonably early start to the spring selling season.

Estate agent Sherry FitzGerald recorded 130 new home sales in the three weeks of traditionally-moribund January, up a third on the same period last year. “In fact, in the first 10 days of January we did twice as much as last year,” says Ivan Gaine, its managing director new homes.

Numbers were up at Hooke and MacDonald too. “The first few weeks of the year saw a lot of people out of the blocks early with large numbers coming in and actually booking,” says selling agent Judy Sorohan.

It’s a flurry of activity that comes in the wake of what was, according to Gaine, a “rollercoaster” year for the property market. While Brexit uncertainty gave trader-uppers pause for thought, fears over the loss of the help-to-buy scheme encouraged first-time buyers to speed up.

This year looks set to be a steadier ride altogether, with uncertainty over both issues more settled and a general consensus among agents that house prices will remain fairly stable.

Given that the supply of new homes still significantly lags demand, this year’s flatlining house prices can only be attributed to the impact of the Central Bank’s rigid mortgage lending rules, devised to introduce stability into the market five years ago and reaffirmed just last month.

By including strict guidance in relation to both loan-to-value and loan-to-income ratios for mortgage lending, they represent a “belt and braces” approach, says Gaine. However, while they have successfully quelled house price inflation, there is now some concern that they are overly restrictive insofar as they are not fully reflective of a borrower’s ability to repay.

“In most of the developments we are selling, the mortgage repayments are typically half what the buyer is currently paying in rent,” Gaine says.

At the upper end of the new-homes market greater certainty over Brexit is already encouraging trader-uppers to take their fingers off the pause button, agents say.

“The number of people out viewing has gone way up, as have sales enquiries, particularly around the €600,000 and €700,000 house. These are not inconsiderable amounts, so people want to be in a comfortable head space before they commit to them,” says Gemma Lanigan, a partner at DNG.

Downsizers are also likely to be an increased feature of the market this year. DNG’s recent experience handling the sale of apartments in Knockrabo, in the affluent Dublin suburb of Goatstown, proved that older homeowners are happy to trade down once they can stay in their area. A similar scenario played out at Marianella in Rathgar, for Hooke and MacDonald.

It’s a trend Lanigan expects to continue with the launch of a second phase of Knockrabo later this year.

The current stability in the property market is welcome. “People often think estate agents just want prices to go up and up but that’s not true. We want a stable market because it’s good for everybody,” says David Browne, head of new homes at Savills.

The success of Savills at Clay Farm in Leopardstown shows the strength in demand for apartments right now. Between October and mid-January it sold 60, without any advertising, at an average price of €417,000.

“What is really interesting is that they are all going to first-time buyers who didn’t want a house, they preferred an apartment. They are working in places like Sandyford and Cherrywood and public transport is their main priority,” Browne says.

Most were previously renting and stand to save between €500 and €1,000 a month by paying a mortgage instead. “The problem is, of course, that it is just so hard for people to save the deposit for a mortgage because they are renting. It’s a Catch 22,” he says.

It’s a market constraint reflected in the age profile of buyers. “The first-time buyer today is older than previously at typically early to mid 30s. You see very few in their 20s now,” says Sorohan of Hooke and MacDonald.

She too is predicting a much slower rate of house price growth this year and not because supply has caught up with demand – it hasn’t – but “because of the limits to what people can borrow”.

There is very strong demand for well-located new-build developments in both central locations and in the suburbs, says Tony Deane of Moovingo, who cites proximity to good transport links, private outdoor and public spaces and the size of the development as key factors. “Many new home buyers prefer smaller, more niche developments as the larger developments can suffer from poor parking arrangements and homes being overlooked,” he says.

Whatever kind of homes they are, estate agents all agree we need more of them.

“A substantial number of homes were built last year but we need not only more houses for people, we need more private rental accommodation as well,” says Ray Palmer Smith of Knight Frank. “There is still a shortage of properties to rent. We are in a fantastic position in terms of population growth and economic growth predictions but these people have to have somewhere to live so that one doesn’t negatively impact the other.”