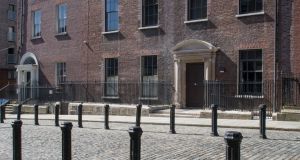 In the early 20th century, Dublin’s inner-city slums were infamous. The 1911 census records 837 souls living in the 15 houses which make up Henrietta Street: one house alone was shared by 19 families, a total of more than 100 people. But these are also some of Dublin’s finest Georgian terraces, and deserve to be restored and cherished for their architectural as well as their social heritage.

Dublin City Council has spent more than a decade refurbishing No 14 Henrietta Street as the Tenement Museum Dublin. Built around the year 1748 by Luke Gardiner, the building was occupied by high-ranking members of the Anglo-Irish elite until 1877, when it was converted to a tenement. The last residents left the house in the late 1970s.

Following extensive reconstruction by design team Shaffrey Associates and builders GEM Construction under the direction of project curator Dr Ellen Rowley, the three floors of the house will offer visitors the opportunity to journey through its various historical incarnations. There are recreations of a one-roomed tenement interior, mid 18th-century reception rooms and two mid-20th-century flats – complete with authentic wallpaper and linoleum – as well as audio narratives and oral history recordings from people who once lived in the building.

The museum will open to the public in late October. In the meantime, Anu Productions’s site-specific play Hentown is running at Number 14 until October 1st. The specially commissioned piece of theatre is based on a real event – the collapse of two inner-city tenement houses in 1963. Tickets cost €15. tenementmuseum.ie

With the colours of the autumn garden at their richest and reddest, it’s a great time to focus on jewel-like seasonal flower arrangements using native crocosmia, berries and other autumnal gems. In partnership with Appassionata Flowers, the folks at Arran Street East, a ceramics gallery appropriately located on Little Green Street in Dublin 7, are organising a new series of flower design workshops at their city-centre studio. Workshoppers will create one large and one small bouquet, which will be theirs to take home in a lovely Arran Street East vessel – as well as invaluable ideas and tips for how to give your floral displays that quirky professional extra “something”. These workshops are hugely popular, so early booking is advised: they run from 10am to noon on September 16th, October 14th and November 18th and cost €150, which covers flowers, equipment and an Arran Street East pot. arranstreeteast.ie

If you fancy owning Lady Gaga’s graffiti corset, the headpiece Beyonce wore in the video for Lemonade, or some signed lithographs by David Bowie, you need to put the dates for the 52nd Irish Antique Dealers’ Fair into your diary. More than 15,000 people are expected to visit the annual fair, which will be held at the RDS from September 22nd to 24th. Laurence Carpenter, of Irish-based music memorabilia experts Pop Icons, will be selling the above-mentioned items alongside pieces from Rihanna, Noel Gallagher and Eric Clapton. Meanwhile, Niall Mullen will be selling a gorgeous bronze which once adorned the home of author Jackie Collins in Beverly Hills. Valued at €3,850, it’s the work of the Austrian Art Deco sculptor Josef Lorenzi. “Collins was passionate about collecting, and spent many decades selecting paintings, statuettes and jewellery which brought her joy and creative inspiration,” Mullen says. As well as the chance to acquire something beautiful which could give your home a celebrity-style sparkle, the fair offers a full lecture programme, with a series of talks daily at 1pm, 2pm and 3pm on everything from the mania for shells in 18th-century Irish interiors to the importance of provenance. Tickets are €10, available at the door.

Anyone for lemon? It’s a colour we tend to associate with spring: primroses, narcissi and all that jazz. But DFS is shaking up the seasons with its new, fresh-as-a-daisy Spritz three-seater sofa and armchair. With its cheeky retro shape, button back and angled legs, this is mid-century style chic to warm the heart at any time of year. The armchair is priced at €918 and the sofa €1,298: order instore from the Blanchardstown or Carrickmines shops in Dublin, City Gate, Mahon in Cork, Ballysimon Road, Limerick or online at dfs.ie.

Everyone has their own idea of what paradise smells like. For some it’s newly cut grass: others prefer the scent of a nicely chilled Sancerre. The new collection from Enniskerry-based fragrance experts Max Benjamin aims to usher us straight to perfume heaven. Named Elysium after the Greek word for “the state of perfect happiness” and wrapped in opulent gold-and-black packaging, this selection of smashing smells comes in three varieties. Enchanted Paths has top notes of coconut and melon with a centre of roeberry, honey, blackberry and plum. Impressions of Love is all about romantic hearts and flowers, and Escape to Wonderland embraces the spicier side with cardamom, clary sage, patchouli and nutmeg. The scented candle costs €24.95 and a diffuser is €32.95; there are also scented cards at €4.95. maxbenjamin.ie

Without visitors, my home became an empty doll’s house
2

‘The quarantine 15’: Don’t be ashamed of those extra pounds
3