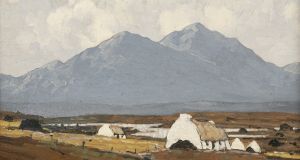 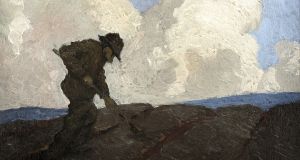 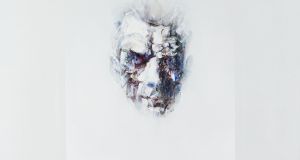 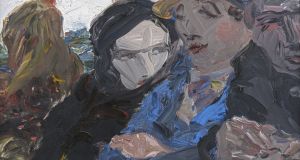 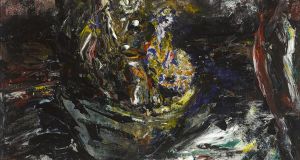 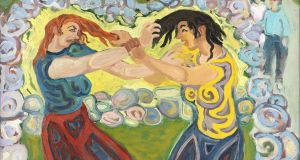 When German-Irish diplomatic relations began in 1929, neither side knew they were midway between the end of one world war and the beginning of another. Two paintings with diplomatic provenances, to be auctioned this month, tell dramatically different takes on former taoiseach Eamon de Valera.

Robert Muller, son of Wilhelm Muller, a German diplomat who was stationed in Dublin in 1938, was a self-declared “great fan” of Éamon de Valera: “He changed my life, and it would have been very, very different if it was not for him.”

In 1945 when the war was over, Muller and his family should have been repatriated to Germany, as letters from the allies had requested. But after a petition to the foreign office in Dublin, de Valera granted the Muller family visas, allowing Wilhelm to work as a commercial salesman. The family moved from the consul house on Eglington Road to Mount Merrion, where Robert attended the local school.

Without this intervention, Muller said “I would never have met my wife, [who he met when he first went to Hamburg at the age of 21 to learn German] and have my wonderful kids and grandchildren.”

Muller followed his father’s footsteps working as a diplomat, taking him from Kingston upon Thames to Kingston in Jamaica.

Recalling fond memories from his Dublin childhood: “We rode bikes everywhere as there were no cars, and played rugby, tennis and cricket,” says the man who shares his name with the prominent American lawyer and who is still in contact with his Dublin childhood friends.

His father purchased three paintings when the family lived in Dublin, before moving to missions in Jakarta and Cuba, and one of these will feature in the Adam’s of St Stephen’s Green sale on September 25th.

A classic west of Ireland landscape by Paul Henry, which has travelled many diplomatic miles, is now returning to Ireland.

Another painting with diplomatic provenance, is A Park Corner by French fauvist Raoul Dufy (€20,000-€30,000) at the Whyte’s sale this Monday, September 16th.

Dufy’s work is currently held by the Museum of Modern Art, New York, the Musée D’Orsay, Paris and the Hermitage Museum in St Petersburg, and some of his larger pieces have achieved huge prices at auction.

It was purchased in Paris in 1963 by Charles Bewley, the Irish ambassador to Berlin from 1933-1939, who was dismissed from his position as he “knew nothing about contemporary Irish politics and was toxic for Irish-German relations”, according to Michael Russell’s book The City of Lies.

Russell went on to describe how three great hatreds drove Bewley: “the English, the Jews and latterly Éamon de Valera”, who Bewley described in a book as a fraud and a tool of British imperialism.

Bewley’s final years – he never received a pension – were spent in The Vatican where his Irish passport listed his trade or profession as “a person of no importance”.

Top lots in both sales are paintings by Jack B Yeats. Whyte’s describe Hope as an “intriguing night-time scene – perhaps evoking the idea of courage and faith in humanity” (€150,000-€180,000) and On the Skibbereen Light Railway, which was previously owned by both founder of The Dawson Gallery, Leo Smith, and renowned Dublin architect Michael Scott, is seeking €150,000-€200,000 through Adam’s.

Along with stellar artists in both sales, Whyte’s list Woman with Red Hair by the often overlooked Irish artist May Guinness, who was part of a vanguard of Irish Modernists including Mary Swanzy and Eileen Gray (€6,000-€8,000)

She is described by curator of exhibitions at Imma, Seán Kissane, as being “a much neglected artist, as there has never been an in-depth retrospective of her work”.

The reclusive painter, who is attributed as “being the first practising artist to introduce a modernist sensibility into Irish art”, diarised her work as a nurse during the bloody battle of Verdun in the first World War, in which she was caring for “four dying men who were delirious and wanted to get out of bed”.

She later received the Croix de Guerre for her contribution to the war, and after her death in 1955, an auction of her art collection, including works by Matisse, Picasso and Dufy, helped to pay for the repair of roof at St Patrick’s Cathedral.