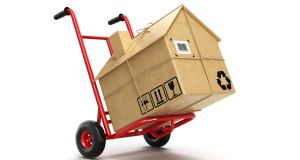 Property price inflation is slowing. But is this because housing stock is increasing to meet demand, or are there other factors at play?

In Dublin, residential property prices rose by just 0.1 per cent, all of which was attributable to apartments. House prices remained unchanged.

Overall, the CSO’s national house price index is 18 per cent lower than during the boom of 2007. Rents, by contrast, are up 34 per cent on their 2008 peak, according to a recent rent report by property website Daft.

“Supply is catching up with demand,” says John McCartney, director of research at Savills Ireland.

He rules out mortgage-lending restrictions as the primary cause for the slowdown in property price growth.

“Maybe so at the higher end of the market, but Ireland is divided into eight [CSO] statistical regions and, of those, house price inflation is slowing in seven, and has been for the last number of months, yet the average prices of these properties are not high enough to make mortgage-lending restrictions a factor.”

That rental inflation is slowing too must also be considered, “given that no one can argue mortgage-lending rules apply there”, says McCartney. “Overall, what it suggests is that supply is catching up with demand and that’s brilliant.”

Whatever the cause, the fact that runaway price growth has slowed is good for first-time buyers. “Young people can do their buying without the undue pressure of thinking that if they don’t take action, they will miss the boat,” he says.

Those who survived the Great Recession will be wary of any analysis that sounds like “soft landing”. But indications are that developers are ramping down construction. Both planning permissions and construction employment are down. This reduces the risk of major oversupply and falling house prices.

The fly in the ointment is Brexit. “I don’t know what the impact of Brexit might be and I don’t know anyone who does. There are so many imponderables related to it but demand for property is fundamentally linked to the number of bodies and beds required.”

Beyond 2020 he expects new house supply will begin to plateau “and that’s a good starting point if we are going to have a shock. There will be no avalanche of surplus supply to drive prices to crash.”

For others, lending rules and affordability issues are major factors in the slowdown of house price growth.

“We still have supply deficiencies and we still have incipient demand – that is, demand dampened by Central Bank rules and external developments,” says economist Jim Power.

On top of that is concern about Brexit, with straws of economic slowdown already on the wind. For one, the AIB Purchasing Manager Index for manufacturing fell recently to its lowest rate in six years.

“Construction is down, tourism is under pressure and I see a slowdown in the labour market as businesses become cautious of hiring because of Brexit. Consumer confidence has fallen to its lowest level in five years. There is a lot to worry about. People need housing, but they are moving into the rental market which is why rents are going up, and that is likely to continue,” says Power.

Forecasters at Ulster Bank believe house price inflation in Dublin is likely to turn modestly negative in the coming months.

It believes Dublin’s continued “underperformance”, especially in the most expensive locations, is consistent with mortgage rules being a factor in the significant moderation in price growth over the past year.

However, the broad-based nature of the deceleration across almost all regions means the ongoing uplift in supply is likely playing a more important role. The market may be closer to supply-demand balance than is generally presumed, says Ulster Bank chief economist Simon Barry.

While the property market here is “not quite at normal yet”, a slowdown in the rate of increase was always going to be inevitable. “House price growth of 13 per cent, which we saw in April 2018, was never going to be sustainable,” says Barry.

In some market segments, Central Bank rules were also doing what they are designed to do, linking ability to borrow with income, which naturally applied some brakes to the market.

“But, more significant are the improvements we see to the supply side. The rate of house building has picked up from less than 5,000 new units a year just a few years ago, to 18,000 last year, and we are on track for 21,000-22,000 this year. That’s a significant change in the flow of new supply on the market.”

While the Daft rental report showed national rents are 34 per cent higher than their 2008 peak, the rate of rental inflation is at a six-year low. “So that’s pointing to a really similar picture of slowing as a whole,” he says, all of which also points to supply side improvements.

Uncertainty over the future of the Government’s Help to Buy scheme is also likely to be a limiting factor for potential first-time buyers. The scheme, which is aimed at first-time buyers and helps them gain tax back towards their deposit, is due to end in December.

“By definition it’s a measure to support the demand side,” says Barry. “If it is removed, it will only reinforce trends we are seeing.”