A Place in the Sun brings overseas property event to Dublin 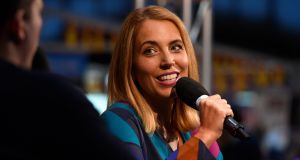 Jasmine Harman will present A Place in the Sun exhibition at the RDS in March.

Remember when it seemed half the country was hell bent on securing a bolthole in sunnier climes? In 2006 Spanish property transactions peaked with about 9 per cent of properties sold that year to overseas buyers. This is according to figures from registradores.org, Spain’s official property registry portal. Of this amount, Irish buyers accounted for 2,587 sales, and were the seventh largest purchasers of Spanish property in the world. By contrast, UK buyers accounted for 23,593, almost 2.5 per cent of Spain’s total real estate sales.

Then of course it all fell off a cliff and by 2013 the Irish no longer featured in any overseas purchaser ranking. In fact, some unfortunate buyers are still trying to recoup their losses if they invested in properties that were not subsequently built.

Now there appear to be stirrings on the Spanish property front again. Research carried out by the people at A Place in the Sun – the exhibition offshoot of the hugely popular UK TV show – found that by 2018 Spanish property sales had recovered to 60 per cent of the 2003 peak. Of these, 932 properties were sold to Irish buyers, 0.16 per cent of the total. UK buyers accounted for just under 2 per cent of all Spanish sales.

In anticipation of burgeoning Irish interest in overseas investment, A Place in the Sun is planning its first exhibition in Ireland in March. On the weekend of March 21st and 22nd the Property Showcase will land at Dublin’s RDS where it will set out its stall for new investment opportunities in Spain, France, Portugal, Cyprus, Italy, Turkey and Florida in the US.

The show’s presenter, Jasmine Harman, will present on both days, offering tips and advice on buying overseas. The organisers told The Irish Times they don’t currently anticipate any disruption to the “boutique” event on foot of the Coronavirus.

For a ticket to the event, see aplaceinthesun.com, include the code FREETICKET and choose ‘Complimentary Ticket’.

Coronavirus anxiety keeping you awake? Here's how to get more sleep
9

‘This is war’: Irish health workers on their Covid-19 crises
10