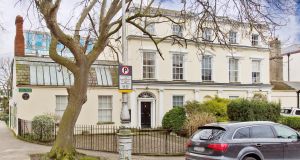 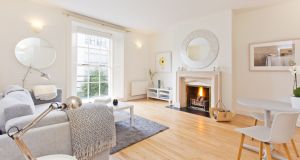 Livingroom with open fireplace at apartment No 2, 11 Harcourt Terrace, Dublin 2 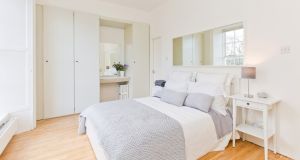 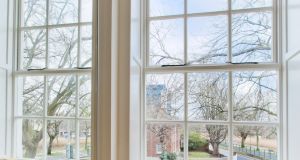 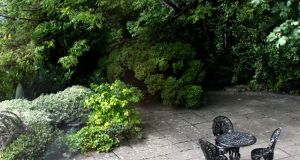 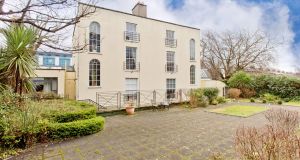 Harcourt Terrace is one of the best located residential areas in Dublin city. Tucked neatly away in a leafy cul-de-sac between the Grand Canal and Adelaide Road, it is also one of the few Regency terraces in the city.

The property and its twin next door, which date from the late 1830s were converted into apartments in the 1980s – before buildings were listed as protected structures, and both houses have three apartments apiece.

The property has two bedrooms, both of which overlook the canal and are incredibly bright thanks to their towering sash windows.

The livingroom set to the rear, has an open fireplace, which is a complete rarity in Dublin apartments, as is the large communal garden shared by the six apartments.

Its architect owner had the intention of changing the layout, which would give a second bathroom, a larger principal bedroom and galley-style kitchen, which would in turn give a larger livingroom.

As it stands it is a great space but new owners could carry out these plans for a more contemporary feel and better use of the internal space, subject to the necessary planning regulations.

The communal garden is incredibly large, for the location, and is used as both a quiet space for residents, and for entertaining on summer evenings.

What will attract buyers to apartment number 2, besides a brightly lit second-floor apartment in a historic building – with a parking space accessed from Charlemont Place – is its location.

The National Concert Hall is so close you could pop home for interval drinks, and St Stephen’s Green is less than a six-minute walk.

The Luas stop is two minutes away and in truth the location would allow its owner to be car free. This is a brilliantly accessible location, which has been described by architectural historian Prof Christine Casey as “Dublin’s sole regency set-piece”.

The property has an annual management fee of €2,600 to include parking and garden maintenance, and is on the market through Sherry FitzGerald seeking €425,000.