Why do people turn to alternative therapies?

Always keep in mind that if a treatment sounds too good to be true, it probably is 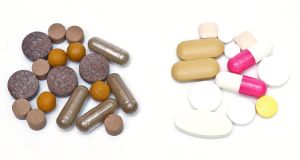 Many alternative therapy users suggest that if these therapies are perceived by patients to be working, then there is no reason why they shouldn’t be used, irrespective of the fact that they work or not. Photograph: iStock

Current available evidence does not support the effectiveness of acupuncture, chiropractic, homeopathy, reiki or aromatherapy, all of them known as alternative therapies.

And yet, many people use them and will continue to do so regardless of how many times this is pointed out. Why does this happen?

In many cases it’s because patients are dissatisfied with conventional medicine. This might be because conventional treatments do not appear to work for them, or because the associated adverse effects might be too hard to endure. Another aspect of this dissatisfaction is that doctors and nurses tend to be overworked and the attention received may be rushed: many patients may feel that they’re simply a cog in a machine, subjected to impersonal, by-numbers care.

Compared to this, alternative therapists dedicate substantial amounts of time to each patient and consider their treatment as holistic, treating the whole person rather than the disease and taking into account psychological and personal factors. As a result, treatments are tailored and place more value on the patient as a person. This approach may help patients to feel more in control of their treatment as they feel that their input is valued.

A study carried out in the US in 1998 identified numerous factors that made people more likely to use alternative therapies, such as suffering from hard to treat conditions such as chronic pain, back problems or anxiety. Those who were in poorer health were also more likely to look for alternatives to conventional treatment, suggesting they turned to these therapies when they felt that conventional medicine couldn’t do any more for them.

However, most factors were personality related, such as commitment to environmentalism or an interest in spirituality. Patients using alternative therapies were also likely to be more educated than the average. This prompted the authors of the study to state that patients do not turn to alternative therapies because they are not happy with the treatment they’ve received from conventional medicine, but rather because alternative therapies suit their worldview and fit in better with their beliefs.

Many alternative therapy users suggest that if these therapies are perceived by patients to be working, then there is no reason why they shouldn’t be used, irrespective of the fact that they work or not. This is a tricky situation.

Alternative therapies such as meditation, reiki and aromatherapy can help promote relaxation and a general sense of wellbeing. This is important for patients, regardless of whether these therapies have an effect on the cause of their illness or not. As such, alternative therapies can complement conventional treatments by helping patients to feel better.

Most doctors will support interventions that increase patient wellbeing, particularly in those with chronic, painful or terminal conditions.

However, some of these therapies can hinder conventional treatments: for example, antioxidant supplements can interfere with chemotherapy, while herbal remedies can affect the way our bodies metabolise prescription drugs, or might have toxic effects by themselves. The risk of this happening is high because many patients fail to inform their doctors about alternative therapies that they are using.

As well as assuming that alternative therapies are effective, most patients believe that they are without risks. This is usually associated with the idea that they are “natural”, and that this means that they do not have adverse effects.

Although it is true that reiki is risk-free, this is not necessarily true for the rest: adverse effects have indeed been reported for chiropractic manipulation, aromatherapy, homeopathy and acupuncture, some of them serious. If you are tempted to believe that natural is equivalent to harmless you only need to think of cyanide, tsunamis or hungry lions, all perfectly natural, none of them harmless.

Finally, health professionals only prescribe therapies that have been proven to be effective. This is both a compassionate and an ethical choice.

So when should patients be wary of alternative therapies?

There is no single treatment that can help with all illnesses, so therapies that purport to cure any kind of health issue are not to be trusted. For example, we know that bacterial infection, anxiety and cancer have very different causes and are treated very differently as a result, yet many alternative therapies claim to cure all of these diseases and more. When the causes are so different, why should a single treatment apply to everything? The same holds for therapies that claim to carry no side effects: there is no such thing as magic bullets, so a treatment that works will very likely have unwanted effects.

Similarly, there is no known cure for HIV or autoimmune diseases, and certain types of cancer such as pancreatic have very poor survival rates. Therapies that claim to cure any of these diseases are not to be trusted, as there is no evidence that they can be cured at all.

Patients should also be suspicious of treatments that are only available in one clinic, particularly when that clinic is located in a country where patients’ rights and medical accountability are lower than in the EU.

Navigating therapeutic choices can be a bit of a minefield, particularly when you’re at your most vulnerable.

It can be hard to make the right decision, but you should always keep in mind that if it sounds too good to be true, it probably is.

I am the luckiest unlucky person I know
9