Alternative therapies: What does the evidence say? 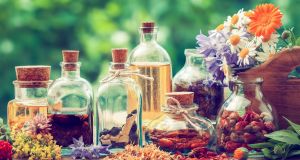 Health professionals have a responsibility to only recommend a therapy when it has proven effectiveness.

A number of alternative therapies are available today that claim to cure or improve all sorts of disorders. We all know someone who was “fixed” by one of these therapies and who swears by them.

This person also usually points out that conventional medicine is broken, full of doctors who don’t know what they’re doing, or who would rather prescribe treatments that act as patches instead of solving problems. And that is before getting into all the adverse effects. We should all move towards a more holistic, “natural” approach to health.

It’s not that simple. Although we all know someone who has benefitted from alternative therapies, in most cases there is simply not enough evidence to show that these therapies are as effective as conventional medicine.

And that is because conventional medicine has to go through all sorts of hoops before it gets anywhere near treating an actual patient: new drugs need to be tested in the lab, both in vitro and in experiments with animals extensively before they will be allowed to be tested in humans.

Even when they are, years of rigorous testing with large numbers of patients have to be carried out before the drug is approved for use in disease, and then its use is constantly and tightly monitored.

Government agencies and international entities regulate the use of these drugs and treatments, set out guidelines and determine the amount and nature of work needed to guarantee the safety of their use. Even when the system is this thorough, mistakes are made, and people are hurt.

In the case of alternative therapies, this process simply hasn’t happened, or at least hasn’t happened as thoroughly as for conventional drugs. Yes, someone’s allergies were cured after some homeopathy, but this event is not backed up by years of testing on thousands of patients in different countries carried out under strict protocols.

There is no guarantee that the beneficial effect is extensive to most people, or that there are no adverse effects to the therapy.

Conventional medicine is anything but perfect, but it is wide open to scrutiny, self-correcting and heavily regulated and controlled to provide for patient safety. Anything that is given to a patient has been thoroughly tested, and several agencies and entities monitor and regulate the use of drugs and treatments.

When mistakes happen - and they do - lessons are learned from them, and steps are taken to prevent these from happening again. For most alternative therapies, this just isn’t the case.

However, in an effort to validate these therapies and confirm the beneficial effects shown in anecdotal reports, studies have been carried out on alternative therapies under similar strict conditions as those used in conventional drug trials. These should provide a definite answer on how effective these therapies really are.

But health professionals have a responsibility to only recommend a therapy when it has proven effectiveness, or at the very least when its benefits outweigh unwanted effects. Regulation and monitoring are also an issue, since most alternative therapies are not as tightly controlled as conventional medicine.

For health professionals to rely on alternative therapies as they would on conventional medicine, these therapies need to go through all the hoops. Only then can their effectiveness be established on the same footing as that of conventional treatments.

Over the next few weeks, I intend to review studies carried out on alternative therapies under the same strict conditions as those undergone by conventional medicine. The studies taken into account will be controlled for the placebo effect - a strong player in both alternative and conventional treatments, when our minds trick our bodies into believing that we are getting better because we are getting some treatment, even if the treatment is not doing anything at all.

I will report on what these studies show and hopefully come to a conclusion as to whether alternative therapies are indeed effective when we judge them by the same standards applied to conventional treatments. I will also try to address the issue of their safety and whether they carry any adverse effects.

We can get abundant information on alternative therapies from a number of sources, but it is often difficult to know who to trust.

Systematic compilations of studies carried out in strictly controlled conditions, published in well-known, respected and peer-reviewed scientific journals, with designs open for everyone to see, and with researchers declaring any conflict of interest: these are reliable sources and will be the ones I will be using.

New weapons are always welcome in the medicine arsenal and I do hope there are some out there, however unusual they may be.

But it would be simply irresponsible to use them before thoroughly testing them.

Returning from Australia, I barely recognise my hometown
8