Pulling Generation Z back from the online world

Being consistently logged on may cause a decrease in self-esteem with comparison, jealousy and a fake world surfacing through negative social interactions 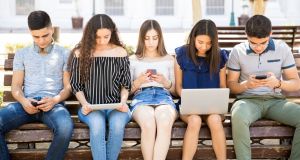 Generation Z have developed a fear of living offline having been bombarded from online worlds all their lives.

Generation Z – those born after 1995 – have been born into a divisive world with a strong external presence weighing them down.

While Millennials (1981 to mid-90s) and Generation X (1960s and ’70s) witnessed a slow integration into a world so consumed with advertising, social media and what behavior scientist and author BJ Fogg describes as “captology”, the current evolution of Generation Z pulsates with an addiction to a private, self-consumed online world. Social media may not be fully to blame for the disproportionate attitudes of the current generation, however, it is impossible to say that it has not played some large part in the negative change in young adults of today, resulting in higher rates of depression, loneliness and a lack of confidence.