For successful bickering, keep it to what the other person does and stay away from attacking who they are 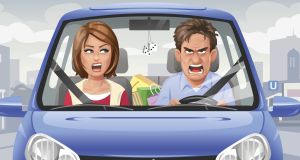 Bickering could be a way for couples to maintain autonomy while fitting into the confines of their long-term relationship.

One of the earliest counselling training videos I ever saw was known to students as “the bickering couple”.

In the video, the couple bickered constantly in front of the therapist. He pointed out that they could do this for nothing at home instead of paying him for the privilege of listening to them. Gradually, the couple learned to reduce their bickering and to start making plans for a better life together.

Training videos generally use role-plays so things work out better and quicker in them than in real life. Behind this particular video and behind much of our training was the idea that bickering is a bad idea.

I believed that at the time, too, but now I wonder. If the couple in the video had been real, and if I was to meet them today, I expect I would find that they still bicker. But they also might deeply love each other – so maybe bickering doesn’t actually kill relationships.

Bickering is a great word. It implies complaining at each other about things that are not major.

But why would you do that? I imagine it has something to do with autonomy within a partnership.

Autonomy is very important to people and maybe bickering is, for some, a way to maintain autonomy while fitting oneself into the confines of their long-term relationship:

“You always leave the door open.”

“No, I don’t. You are the one who walked out and drove off without bothering to shut the front door.”

“At the very least you could have shut the door when you saw me hauling all that heavy stuff to the car. Which you didn’t even offer to help me with.”

“Well, you never ask for help, how am I supposed to know when you need help?”

“If you didn’t spend all the time with your head stuck in that computer you would know what’s going on around you.”

“Actually, I’m not sitting here having fun, I’m sitting here working, which is what brings in at least half our income you know?”

“What do you mean at least?”

As a bid for autonomy on both sides this conversation contains no noble sentiments, assertions of freedom or deep revelations. Moreover, you know that absolutely nothing is going to change as a result of it.

Yet, if the couple have been bickering like this for the past 20 years, they are obviously getting something out of the relationship. In fact, there’s a good chance that each of them would feel lost if the other wasn’t there.

Maybe when we’re looking for a long-term partner we unconsciously seek somebody to bicker with but who will stick with us.

Maybe love has more to do with that than with staring gooily into each other’s eyes until death do us part.

I’m not denying that bickering can cross the line into destructiveness, though. That is especially so when you criticise what the other person is rather than what they do. “You’re always stuck in that computer” is a criticism of a behaviour that the person can change if they decide to. “You’re selfish and you don’t care about anybody but yourself” is an attack on what you are and changing what you are is very difficult.

So keep the bickering to what the other person does that you don’t like and stay away from attacking who they are; that’s about the only guideline I can come up with for successful bickering.

And I think we can all spot when bickering crosses the line into controlling abuse. Our bickering couple go along doing more or less what they want to do even if they carp at each other about it; toxic, controlling criticism, on the other hand, allows only one party, the critic, to do what he or she wants to do.

When I look back on it, the bickering couple in that training video weren’t so bad after all. I even hope they never learned to coo at each other like doves instead of letting their sharp edges hit off each other.