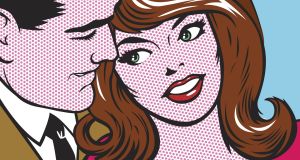 I started having sex at 16, and I didn’t have my first orgasm during sex until I was about 25. In 2013, I decided to stop dating and having sex with other people entirely.

I have never really had a boyfriend or long-term relationship. It has always been a sexual thing. I had two long-term friends with benefits: one for seven years and another for 10. After my last relationship ended, I was like, why am I doing this? I was good enough to have sex with, but not good enough to be taken on dates or introduced to friends.

It just made me feel so bad about myself, like I was a dirty secret. I thought, I’m over this – I don’t want to deal with men anymore. I am not a big dater as is, so I just got over dating. The urge went away.

Often people don’t understand when I say I’m celibate. They ask if I like women, or if I’m a nun. And then they will say, “So are you asexual?” and that is a totally different thing. There is also always that element of whether it’s for religion. I was raised in a Buddhist household, but my decision has nothing to do with religion.

It’s not a big issue with my friends or my family. But it is annoying when I go to family events and all my aunts are asking if I’m seeing anybody and I’m like, “I’ve already told you, that’s not going to happen.”

Over the years, I have been getting to know myself better. I used to let guys treat me any type of way, and at some point, you just realise: I am worth more than this. I deserve to be taken on dates. I’m not a sex toy. The buildup to the decision was that I saw myself giving so much to these people.

I also think dating has changed so much. You don’t meet people in real life, and dating online means everybody has every single person in the palm of their hand, and they are always looking for the next best thing.

My whole attraction to men has turned off – I don’t have any interest in going on dates anymore. I will meet people out and they will ask for my number and I say: “No, I don’t date.”

Maybe it is also an empowerment thing, that I don’t need attention from a man at all, that I have myself. All of my sleepless nights staying up crying, wondering if he’s ever going to call me again, if he still likes me, do I have worth outside of my vagina – all these doubts just left when I quit dealing with men. I have never been happier. It’s such a freeing experience.

Women who don’t have kids or don’t get married, we are looked at as so much lesser in society. We need to try to make it more normal. Most of my friends are in relationships or have children, but I do see a lot more women in my age range who are just not into dating or don’t want to have kids.

My mum has seven kids, and was always a stay-at-home mum, so I’ve always been kind of headstrong in that way that I don’t need a man to survive. Even when I was younger, I never saw myself with kids, living in a house with a white picket fence.

It’s okay to be alone.

I am free to do more art, find out what I really like, and what I am going to tolerate when it comes to how I’m treated by people.

It has even helped in other situations. I just became so much more confident in my own abilities, because I didn’t need someone to make me feel fulfilled or complete. I can take myself to the movies.