Matt Haig: How to survive in this age of anxiety 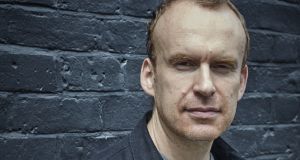 Matt Haig: ‘I was diagnosed with panic disorder, depression and anxiety. At the time I didn’t know anyone who had got through that alive.’ Photograph: Jonathan Ring

Hours before Matt Haig speaks to The Irish Times, another media organisation is in his Brighton home doing a video about what it feels like to have a panic attack. On his Twitter feed, he says “conveniently, I feel like I could have a panic attack – not because of the video but because I woke up wrong”.

This slightly ironic approach to publicly sharing his feelings about his mental state is typical of the novelist and children’s author whose recent books, Reasons to Stay Alive, which chronicles his breakdown at the age of 24; and Notes on a Nervous Planet, a self-help guide to coping in this frazzled world, have become overnight bestsellers.

According to Haig, our happiness and misery is more collective than ever now. “The group’s emotions become our own,” he writes in Notes on a Nervous Planet. Unsurprisingly, he – like many people with very active Instagram and Twitter accounts – attributes a lot of this anxiety to the belief that the internet has taken over our lives for better and for worse.

“Many million people have more text message conversations than face-to-face ones,” he writes.

A lot of our anxiety is because we don’t live in a natural way any more. We are detached from ourselves as animals

Yet he and many of us continue to spend endless hours on our electronic devices. “I share a lot and talk a lot when I’m in pain, but I’m resilient. My story is how I’ve managed my mental health problems. Sharing things lessens the stigma and gives people hope that they are not alone,” he says.

One chapter in Notes on a Nervous Planet is simply called “The World Is Having a Panic Attack”. Haig sees direct and indirect links between people’s personal experiences of losing control and the planet’s loss of control due to deforestation, industrialised farming and fishing and the rise in urban living. “A lot of our anxiety is because we don’t live in a natural way any more. We are detached from ourselves as animals. There is no separation between day and night. We sleep less and sleep worse because of the blue lights on our phones beside our beds, watching Netflix late at night, etc,” he says.

In this technology-dominated era, he firmly believes, we all need to be careful about what we do every day to keep ourselves well. In his case it’s running, walking the dog, yoga/meditation, eating well, spending time with his children and his wife, not taking his phone to his bedroom and being in bed before midnight.

“The solutions are often about slowing things down, stripping back to the acoustic version of your life. There is no shame in not watching the news, not going on Twitter, disconnecting. We have to find out what is good for us and leave the rest,” says Haig.

However, he says he has learnt his lessons the hard way. Following six years at university (a degree in history and English from the University of Hull and a master’s in English literature) and summer jobs in places such as Ibiza, then at the peak of its party-island status, Haig suddenly became extremely anxious and depressed.

And it was while in Ibiza, overlooking one of the most beautiful views in the world, that he almost took his own life. In Reasons to Stay Alive, he recounts the experience of stepping back from the cliff. “I stood there for a while. Summoning the courage to die and then summoning the courage to live ... I had a mother and a father and a sister and a girlfriend who loved me ... I wished like mad in that moment that I had no one at all ... I think life always provides reasons to not die, if we listen hard enough ... And so I kept living.”

Back in his parents’ house in Newark-on-Trent and then in Leeds, with his then girlfriend (now wife), Andrea Semple, he slowly recovered.

“I suffered from agoraphobia, separation anxiety. I was diagnosed with panic disorder, depression and anxiety. At the time I didn’t know anyone who had got through that alive,” he explains.

Medication didn’t work for Haig – diazepam, in particular, made him feel worse – but he respects people’s choice to use medication. He didn’t partake in formal therapy either. Instead he – with massive support from Andrea – became well again by reading, writing, walking, running, sleeping and giving up alcohol and caffeine.

Previously reflecting on what might have caused his breakdown, he said, “I was middle class, the son of a teacher and an architect, living in a working-class town who tried to belong.” This effort included drinking, taking drugs yet always being uncomfortable with these “half-versions” of himself.

He boycotts self-service checkouts in respect to supermarket workers

He wrote Reasons to Stay Alive and Notes on a Nervous Planet in short chapters with lots of white space so that it would reach those who felt like him when he had his breakdown. Themes range from life overload and internet anxieties to work (he boycotts self-service checkouts in respect to supermarket workers) to embracing the ageing process and how to be kinder to yourself.

Haig is on tour with a stand-up version (without the comedy) of Notes on a Nervous Planet, and has also written lyrics for the Andy Burrows album Reasons to Stay Alive. He is in preliminary discussions with Two Brothers Films about making a dark comedy drama series based on the same book.

He and his wife home-school their children – Lucas (11) and Pearl (9) – in Brighton. And he enjoys living in “this open-minded light-filled seaside place” the family moved to three years ago from the north of England.

Although he principally sees himself as a novelist, he isn’t finished writing about mental health. And in spite of a warning from Stephen Fry not to become “Mr Depression”, his next book will look at how our disconnection from nature has contributed to the rising levels of anxiety. “I’ve a bit more to say and learn about mental health issues,” he says simply.

MATT HAIG’S TIPS FOR LIFE ON THIS NERVOUS PLANET

Be curious, get outside, go to bed on time, drink water, eat broccoli, get a routine, be kind to other people, mind yourself, accept that not everyone will like you, appreciate those who do, allow fuck-ups and want what you already have.