Less sympathy for those with lung cancer compared with other cancers 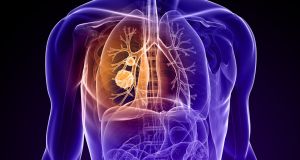 One-in-five people in Ireland have less sympathy for someone with lung cancer compared with another cancer patient, according to a new survey.

The Irish Cancer Society has called for better understanding of the needs of lung cancer patients, after the study revealed 20 per cent of people had less sympathy for those with lung cancer compared to other forms of cancer.

In 2017, the Global Lung Cancer Coalition (GLCC) commissioned a study in 25 of its member countries, including Ireland, to better understand attitudes towards lung cancer.

Irish attitudes are in line with other countries, with 21 per cent of people surveyed worldwide agreeing that they have less sympathy for people with lung cancer than other cancers.

The Irish Cancer Society released the findings to coincide with its annual Lung Cancer Awareness Month.

Commenting on the findings, Aoife McNamara, information manager at the Irish Cancer Society, said that “no one should ever feel blamed for having cancer. Sadly, though, these new statistics would suggest that lung cancer patients are treated differently by the public, compared to people with other types of cancer.”

Responding to the survey, John Mallon, director of the smokers’ group Forest Ireland, said “for years politicians and public health bodies have sought to make smokers social outcasts so it’s no surprise that some people have less sympathy for people with lung cancer”.