It’s been one of the most terrible situations, I almost ended my life because of it 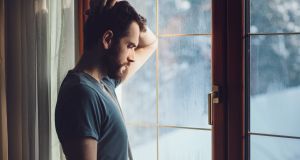 'The woman used and manipulated me, and has taken something special away from me.'

Question: I’m originally from Dublin and currently living in London. Almost two years ago I had a very traumatic experience while I was home visiting my family and friends at Christmas. I was used by an older woman in order for her to become pregnant from a one-night stand.

On the night in question, I was out with my family, the woman approached me and began to come on to me quite strongly – wanting to have sex. This took me at surprise. At first, I didn’t want to as I had no protection, but she told me that she was on the pill and I had nothing to worry about and I, unfortunately, believed her.

We went our separate ways and within a few days the woman began messaging me looking to meet up, but I wasn’t interested as I’d recently gotten out of a four-year relationship (we’d broken up because of my commitment issues and I wasn’t ready to start a family). I didn’t want to hurt her or make her feel used, so I kept it friendly. She wanted to see me, but I was reluctant and said that if I could it would only be as friends as I did not want to lead her on. Within three and a half weeks of the night in question she broke the news over the phone that she was pregnant.

I was completely devastated and in shock, especially after being told that she was on the pill and I’d nothing to worry about! When we met up her first reaction was to laugh at the state I was in: I’d not slept all week and was completely down, but this somehow seemed to amuse her.

From the get-go I told her that I did not want this situation and how it was a mistake on my part, that I did not want a child and I’d only broken up with my long-term girlfriend because of this. I questioned her about telling me that she had contraception covered and how could this have happened, but I was met with anger and she soon shut down.

The woman then said she’d didn’t want to discuss it anymore and wouldn’t speak to me. I tried on numerous occasions to talk to her, but she said she wanted nothing from me, nothing to do with me and to never contact her again.

The child was born in September last year and I only heard this via other people, she has never once contacted me. I did request a DNA test, via my solicitor, to establish paternity and make sure I was indeed the father – which I am, but I genuinely don’t feel like I am a father or that I have a child. I know it’s not the child’s fault and they are innocent in all of this, but I genuinely feel like I’ve been forced into a situation and not had any say in it. I put money aside for the child every month and that will be for their future and so they’ll know that I did think of them regularly.

I was left devastated by this and it’s been one of the most terrible situations that I’ve experienced, I almost ended my life because of it. It’s genuinely had a massive effect on my life. The woman used and manipulated me, and has taken something special away from me.

It’s taken me a long time to get back to the person I was prior to this event and I’ve required a lot of counselling in order to achieve it. I didn’t think there would be a time when I could be in a position to talk about this openly, but thanks to the help of my counsellor, family and friends, I now can.

I’m from a broken home and was brought up by an incredibly strong and independent mother, who is adored by my siblings and so I know the effect of growing up without a father.

Answer: What your story highlights is the effect of having a huge life decision forced on you without your knowledge or consent.

These effects are traumatic and long lasting and there is very little choice open to you but to manage the consequences and subsequent emotions. You appear to have done this very well in that you have both accepted and taken on the responsibilities of the unasked-for fatherhood and you have sought to get support for yourself both professionally and personally.

However, the issue of consent is the message you are conveying to others in telling your story and it highlights the need for discussion about consent across the board. We are beginning to speak about consent in the sexual arena, but your experience takes it to another level and it demonstrates the huge ramifications of our lack of deliberation around this topic.

Well done on sharing your story and I hope this generates debate, deliberation and analysis on the topic of consent.

Tara Lynne O’Neill: 'I knew Derry Girls was something special'
5

A new way to make fishcakes that is quick, easy and delicious
6

If exercise came in the form of pills, we’d be queueing up for them
10