Is there really such a thing as ‘good’ and ‘bad’ cholesterol? 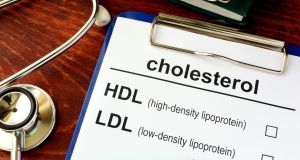 He highlighted cholesterol’s role in cardiovascular disease (CVD) and emphasised the importance of individuals knowing their blood cholesterol concentration to help reduce their risk of developing CVD.

Yet, earlier this year in the journal Evidence Based Medicine, cardiologist Dr Robert Du Broff noted that when the drug evacetrapib was given to high-risk patients with coronary heart disease, it reduced LDL-C by 37 per cent, but didn’t reduce patient mortality. “This clinical trial adds to a growing volume of knowledge that challenges the validity of the cholesterol hypothesis . . . Inadvertently, the cholesterol hypothesis may have even contributed to this pandemic [of coronary heart disease].”

So are cholesterol and saturated fat the culprits in CVD, or is it too much carbohydrate?

A Lancet study last August, of 135,000 adults, concluded: “High carbohydrate intake was associated with higher risk of total mortality, whereas total fat and individual types of fat were related to lower total mortality.”

So are cholesterol and saturated fat the culprits in CVD, or is it too much carbohydrate?

UK-based researcher and author Dr Zoe Harcombe has written extensively about the health benefits of cholesterol and saturated fats and the potential harms of excess carbohydrate. “We would die instantly without cholesterol,” she told The Irish Times. “It’s vital for every cell in the body, and particular functions include hormone production, digestion and maintaining the central nervous system. The brain comprises 2 per cent body weight, but houses around 25 per cent of the body’s cholesterol, helping explain why statin side-effects include memory loss and mental confusion.”

Medical Director of the Leinster Clinic Dr Neville Wilson agrees, and cautions against unnecessary cholesterol reductions: “All cholesterol is good, and in some cases low concentrations of cholesterol may compromise health.”

First, cholesterol is an alcohol, not a fat, and it cannot cause ‘fatty plugs’ to block arteries

This traditional view, counters Dr Wilson, is over-simplistic. “First, cholesterol is an alcohol, not a fat, and it cannot cause ‘fatty plugs’ to block arteries.”

Cholesterol, he says, needs to be parcelled and transported in carriers called lipoproteins, of which there are several classified by density. “They all serve an essential function, including the so-called ‘bad’ LDL-C. Actually, LDL-C protects against certain bacterial infections, especially in the elderly, which is a good reason why they shouldn’t be given cholesterol-lowering drugs. Wilson cites the recent Fourier study published this year in the New England Journal of Medicine, which found that, despite a new brand of cholesterol-lowering drug reducing LDL-C concentrations by 60 per cent, lifespan wasn’t increased and there were 18 more deaths in the treated group than in the placebo group.

“Neither LDL-C nor HDL-C are ‘bad’ or ‘good’,” says Wilson, “since in their undamaged state they both perform vital physiological functions.”

But he also points that LDL-C and HDL-C can be damaged by oxidation resulting from an unhealthy diet or lifestyle or toxic exposure: “Healthy LDL-C can be oxidised, causing arterial wall inflammation and ultimately plaque formation and CVD. But cholesterol is not the causal factor.”

“With damaged arteries,” says Dr Harcombe, “the LDL-C taxi cabs transport lipids to the scene of the damage to repair it. They didn’t cause the damage. Fire fighters attend fires; they don’t cause them. LDLs are fire fighters.”

Addressing HDLs, Harcombe is blunt: “The HDL-C taxi cab is called ‘good cholesterol’ by ignorant people. HDL-C picks up those lipids transported from the liver by LDL-C but which weren’t used. When there’s arterial damage to be repaired, lipids are deposited, so HDL-C has little to return to the liver. Lots of damage means high LDL-C and low HDL-C, and vice versa.”

Current research, explains Wilson, is now focused on anti-inflammatory drugs, since lowering LDL-C concentrations has not reduced mortality: “Even drugs designed to raise HDL-C concentrations have failed,” he says, “increasing mortality and conferring no benefit, and trials of these drugs have stopped.”

But Irish Health’s Sarah Noone says: “There is substantial top-quality evidence from a vast number of studies worldwide to show that diets high in saturated fat can increase LDL-C and that high levels of LDL-C can increase the risk of cardiovascular disease.”

But Harcombe dismisses the idea that LDL-C is a risk factor for CVD, highlighting a 2009 study of 137,000 adults hospitalised for heart attacks, 75 per cent of whom had a low LDL-C. Similarly, a report in the journal BMJ Open (2016) evaluated 19 studies, involving 68,000 elderly people, and found an inverse relationship between high LDL-C and mortality, concluding that it was “inconsistent with the cholesterol hypothesis”.

“High cholesterol,” says Wilson, “is not a cholesterol problem but may reflect a reversible problem elsewhere, such as high blood pressure, or thyroid dysfunction, or merely a high HDL-C in a healthy person.”

With the evidence base for the cholesterol hypothesis coming under increasing challenge in peer-reviewed literature, and with the public in a quandary over the best dietary advice to follow, there is at least one simple message that we can all agree on as a way to help reduce CVD – avoid processed food and sugary stuff, don’t smoke, drink less alcohol, and become physically active.