Will ‘sharenting’ by snap-happy parents end up embarrassing the kids? 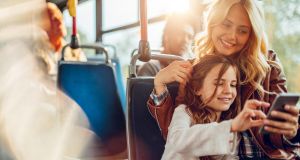 I have, somewhere, a black and white photograph of myself aged about two, standing in a field with our dog Lassie. That, and four or five other photographs complete the full visual record of that stage of my life.

Had I been born in the age of “sharenting” in which parents post everything about their offspring on Facebook and other websites, I might have accumulated as many at 400 (according to one estimate) photographs of myself on the internet by the time I was two. Even Lassie might have made numerous appearances.

Do I care about the missing 395 images? Not at all. Normally I feel nothing when I look at an image of myself as a child except an unexplained sense of unease and guilt.

But suppose my parents had racked up, say, 1,000 images of my childhood over the years? I wonder how I would have felt about them when I was a shy teenager going through the agonies of creating some sort of identity for myself?

I might well have found at least some of them embarrassing and unhelpful.

I probably would not have gone so far as to take my parents to court to force them to remove their years of adoring childhood photos.

Back in 2013 a court in Livorno, Italy, ordered a mother to remove all photos of her daughter as a minor from Facebook.

Such cases are rare but they raise the issue of fairness to children when parents whip the phone out and start snapping at the slightest provocation.

You know those parents who talk endlessly about their wonderful children, regaling bored but captive audiences with every detail of of the lives of their prodigies?

Apart from making their friends want to run away and live in the desert, these parents don’t do any harm.

At least they didn’t until Facebook came along. Now the chronicles of their children’s doings are preserved in full colour images and videos.

Does it matter? I think it does. The children can’t consent to this and, even if asked, their consent would not be an informed one – you wouldn’t let an eight year old drive a car on the motorway even if he or she consented to doing so.

A recent Guardian report on the views of 13-15 year olds in an east London school suggested that in the early teens, especially, having “funny” photos on the internet of yourself as a child can be highly embarrassing. One girl was even reticent about discussing certain issues with her parents in case they wound up on a website .

How much more difficult is it to construct your own identity if everything about you is known to all of your parents’ friends, to your adult relatives and to anyone they choose to share that information with?

We all can fall into the trap of imagining we are in a closed system when we are in the cosy world of our Facebook friends. But the ability of everybody in our cosy world to share our posts means the system is more open than we think.

A concern that arises from time to time regarding the sharing of children’s images is that of the misuse of these images for sexual purposes.

Antonello Soro, Italy’s data protection commissioner, recently stated that some of the millions of images circulating in the world of child pornography originate in parents’ social media posts.

If that sounds extreme, it’s worth noting that paedophiles at the extreme end of that spectrum can see completely innocent, everyday images of children as sexual.

All the same, I wouldn’t follow Soro’s advice that children’s faces should be disguised in social media postings – we can’t run our lives in accordance with the twisted thinking of the extreme few.

What we can do, though, is consider how our children, when they are older, are going to feel about the images and information we post about them and to take our enthusiastic fingers off the triggers of our camera phones long enough to pause for thought.