John Sharry: Talk early and often to kids about dangers 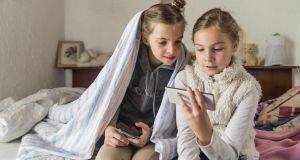 Start the conversation when your children are young

When thinking of all the dangers that confront our children (such as alcohol, drugs, the internet, etc), it can be hard to know how and when to discuss these risks with them. Certainly, it is easy as parents to put these conversations on the long finger and to even avoid them altogether.

Some parents feel they have good reasons for avoiding these conversations, such as the worry that they might be troubled by talking about these dangers or that such conversations might put “ideas” into impressionable teenagers’ heads and could even make dangerous activities more attractive to them. However, the evidence does not support these reasons for avoidance and instead suggests the opposite. Children of parents who are prepared to talk early and often with them about sex, alcohol, drugs and the dangers on the internet are in fact more likely to be safe and to make responsible choices as they grow up.

Start the conversation when children are young

While we might think children are “innocent” it seems that at young ages they are already aware of many of the issues that parents worry about. Unfortunately, children are now coming across unsuitable material on the internet at younger and younger ages. Children as young as eight can hear on the TV about people being drunk or violent, can read about sex scandals and rapes in newspapers (bear in mind that the text in tabloids is is targeted at a reading age of 10). As a parent you have the choice of whether your children are informed by unreliable reporting of their peers or the TV or internet and/or whether you give them the correct information and most importantly, put it into context for them.

In addition, there is evidence that the younger we start these conversations the better for children. For example, 10-year-old children will listen to their parents talking about the dangers of drinking in matter-of-fact ways, while teenagers might be more defensive and challenging. The same children will also listen to their parents’ explanations about sex without embarrassment, while in two or three years they might feel “mortified” and no longer want to talk to their parents.  The key is to start these conversations at young ages and then to keep the lines of communication open at all times as they grow older.

Sometimes it is appropriate to have a formal conversation with your children about certain risks. For example, before you let them access social media you might have a sit-down conversation about important rules about not sharing personal information and being wary of approaches by strangers. Or before you let your young teenager go to a party where people may be drinking you need to discuss how he/she might say no to the pressure to drink or with an older teenager you might have a conversation about safe drinking before you give them a lift into town.

However, most of the conversations in families about dangers and risks don’t take a formal route and it is in the everyday chit-chat that children and teenagers learn the most from their parents. These conversations can happen when you are watching a soap or drama on TV together and a relevant teenage issue emerges (eg a teenager drinking too much and being violent or a teen is bullied online). These conversations can also happen during the drive home from school when your child talks of a friend who is in trouble with the teacher or something that has happened in the classroom. In thinking how to reply, there are a few important steps that are usually best followed in sequence so you help your child think through the issues.

1) Check what your child or teen knows already

Before jumping in with your own ideas or judgments, take and pause and find out what your child knows already. If they ask you a question about sex or drug-taking, rather than immediately answering, take a moment to listen first. For example, you might enquire, where did you hear about that? Or, what do you know about about that yourself? Or, what do you feel about that yourself? This allows you to gauge what their “real” question might be and how much information you need to impart (in the case of a young child). It also gives you a much better sense of what is going on for your child and how you need to respond.

Using gentle questions is the best way to keep the conversation going with your child. Teenagers like to be consulted about their own ideas rather than having their parents simply telling them what to do. Good questions are open ended and help children think through the issues for themselves. For example, good questions include:

3) Give the facts as well as information on values

Be prepared to answer children’s questions truthfully and directly. While of course young children don’t need to know all the details, they do need to know accurate information matched to their age and ability to understand.  All children need to know that you will answer them truthfully as this makes you a reliable person they can talk to as they grow up.

In a conversation about drugs, rather than just saying they are “evil”, which closes down the discussion, you might explain why people use them – “some people take drugs to make them feel in a better mood”, and then the dangers – “the problem is people can become dependent on taking more drugs and become addicted”, and then your values – “I think it is best to improve your mood in less harmful ways such as going for a run, etc”. Once you have discussed the facts, be prepared to share values and your preferences and hopes for your children – this is your point of greatest influence.

– What difficult issues/safety conversations have you put off discussing with each of your children? Look for opportunities to raise these with them.

– What technology are your children keen to access. Have you had a safety conversation with them yet?

– Listen carefully to your children’s questions and what issues might be on their minds. Look for opportunities to share a parent’s perspective.

Dr John Sharry is a social worker and psychotherapist and co-developer of the Parents Plus Programmes. He will be delivering an evening  parenting seminar on Self Esteem on Tuesday, November 28th, in Dublin. See solutiontalk.ie for details