Don’t try to be the best, just be ‘good enough’ 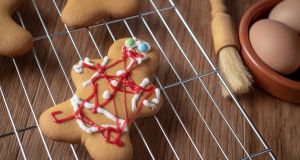 If you’re facing into a college course, work project or relationship with the intention of being the world’s greatest student, worker or partner, you might consider my new hero, Sir Robert Alexander Watson-Watt.

He is my new hero because of his theory of imperfection which he summed up as: “Give them the third-best to go on with; the second-best comes too late, [and]the best never comes.”

It’s not the sort of statement you should ever make at a job interview – there, you should just go along with the fantasy that everybody in the room, including you, is perfect.

But it’s not a bad principle to work by.

Watson-Watt was a pioneer of radar and radio technology, particularly for tracking enemy planes attacking Britain during the second World War. His work helped the RAF to win the Battle of Britain and also helped to bring an end to that nightly slaughter of the innocent known as the Blitz.

Had he sat there insisting on coming up with the very best solution to the problem of detecting enemy planes, many thousands of lives, at the least, might have been lost.

He had a distinguished career after the war. If you wanted an advertisement for what he called “the cult of the imperfect”, he’s it.

This isn’t a cult of sloppiness or of couldn’t-care-less-ness. It’s a question of not allowing the search for the best to prevent yourself from doing what you can do in the circumstances.

Many a project goes unfinished in the neverending search for the very best. William Babbage, who designed but never built what could have been the first computer almost 200 years ago, wasted a large government grant making endless improvements to an earlier calculating machine which he never finished. Poor Babbage said later that he had never had a happy day in his life. The search for the very best didn’t do him much good.

Then there’s the concept of “good enough parenting” put forward by the pioneering psychoanalyst DW Winnicott. He believed perfect parents would be bad for a child, whose psychological and emotional development would be stifled. That’s why it’s so sad to see parents beating themselves up for not being perfect – their children are not seeking perfection and would ultimately be intimidated by it.

And what parent has the time to figure out the very best response to a child’s needs? Getting in fast and applying the first solution that comes to hand is often as good as it gets.

Interestingly, that doesn’t mean poor standards. To take an example from journalism, many, maybe most, of the best news stories you read are written to a “good enough” standard. Nobody has the time to write the very best story that could be written – that’s called history.

Yet the “good enough” work of journalists has to meet exacting standards of accuracy, libel-proofing and style – if they don’t, the consequences can be painful, as we know.

The same applies to your projects, your assignments (if you’re a student), your marriage, your kids, your parents and everything else.

Leave a margin for error and relax.

And remember Robert Alexander Watson-Watt and his third-best rule.