A parent’s guide to getting a better night’s sleep 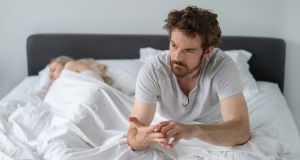 Earlier this year, a study published by the Department of Psychology at the University of Warwick stated that having a child can continue to affect a parent’s sleep for up to six years – which makes perfect sense when you consider the various stages in a child’s development which can have an impact on sleep.

The study showed that, in the first year alone, mothers are losing an average of 40 minutes of sleep per night while fathers lose an average of 13 minutes per night. From my own experience, this seems to be a rather conservative estimation.

From newborn night-waking to toddler sleep regressions and night terrors in slightly older children, it’s no wonder we struggle to get enough sleep. The fact that habitual waking can become our new normal quite quickly may be a factor which contributes to the problem lasting up to six years.

How much sleep do we need?

Sleep for most people is a given, something which we rarely think about until we aren’t getting enough. Years of scientific research and analysis of sleeping patterns have proven that our bodies can only operate optimally if we reboot by sleeping seven to eight hours every night. Sleeping too much or too little can have detrimental effects. There are various stages of sleep which happen through the night, each of which has a specific benefit/purpose, from organising memories to restoring muscles ensuring your body and mind function for longer.

What happens if we don’t get enough?

The effects of sleep deprivation, both physically and mentally can appear even after short periods of sleeplessness and can manifest in many different ways including headaches, fatigue, brain fog/concentration issues, digestive problems, depression and anxiety.

We are aware that a sleepless night can leave us feeling exhausted, nauseous and even confused but longer term lack of sleep can have serious consequences in terms of cognitive function, memory and metabolism. There are also links between lack of sleep and chronic health issues. Lack of, or poor quality, sleep has been linked to issues such as obesity (which carries its own health risks), mental health issues and even cancer. Cardiovascular research has also proven that sleep deprivation puts an unhealthy amount of pressure on the heart which can led to high blood pressure.

It’s unsurprising, with that list, that sleep deprivation has been used as a torture technique in many parts of the world for centuries.

Steps we can take to improve sleep

– Train your body with a bedtime routine: The idea behind a routine is that it trains your brain to read sleep signals, ensuring your body knows it is time to wind down. A bath followed by a good book, pyjamas only at bedtime, clean sheets, no late night TV or housework can all give your body positive sleep signals. If you are struggling to fall asleep, deep breathing and meditation can also help your body to relax.

– Sleep when the baby sleeps: Easier said than done I know but if you can, take naps when the baby is asleep during the day. Small babies tend to drift between sleep cycles and stir quite often during the night but this doesn’t always mean they are waking up. If you have the baby monitor on full volume, try turning it down. You will still hear your baby when he/she wakes or cries but you won’t jump with the sound of every movement. Of course, if you have any cause for concern, this may not be an option so use your instincts, you know your baby better than anyone.

– Practise good sleep hygiene: Your bedroom should be calm, a sanctuary that promotes sleep. It should ideally be cool, dark, quiet and free of clutter. Having a television or any other device in the room can be hazardous to our sleep; blue lights from devices are known for affecting the levels of melatonin (sleep hormone) our bodies produce.

– Healthy lifestyle: It is commonly known that exercise is good for you both mentally and physically but it can be amazingly beneficial for eliminating sleep issues. Even a short walk can give you the opportunity to clear your mind of stress while ensuring your body is using its energy stores. Substances like caffeine, alcohol and nicotine should also be eliminated for a few hours before sleep, which is easier said than done when you are in survival mode!

– Call in a favour: Make sure you and your partner are sharing the load. But if you have a particularly sleepless toddler or baby, ask family to help out by doing night duties every so often or minding your child for a couple of hours so can catch up on much-needed rest.