Do boarding schools foster independent thinking or are they psychologically damaging?

While the more extreme regimes in boarding schools are disturbing, any blanket condemnation is wrong 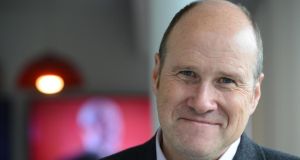 In all the scrutiny given to the historical institutionalisation of children in Ireland, no consideration has been given to the legacy of boarding schools.

Boarding schools are associated with privilege, not disadvantage. Boarding is a voluntary process, though not always for the child. Why do parents send their children to boarding schools and what effect does this have on the children involved? Although boarding has been around for centuries, these questions are now only being asked in a meaningful way.

On The Late Late Show recently, broadcaster and former government minister Ivan Yates spoke about a mental breakdown he had while he was minister for agriculture. He traced the source of it back to being sent away to preparatory school at the age of eight.

In his autobiography, Full On, he describes his years at Aravon in Rathmichael, Co Dublin, as “unremitting torture”. He cried himself to sleep at night. He was constantly homesick, wet his bed and was sexually abused by the owner and headmaster, Charles Mansfield.

Yates is one of the few people in Ireland to speak in such explicit terms about the experience, although generations of Irish people have had their childhood uprooted by going to boarding school.

“The psychological damage to yesteryear’s boarding-school pupils is worthy of thought. I certainly think they inflicted damage on people,” Yates tells The Irish Times. “Bedwetting, bullying, the corporal punishment, sexual abuse; in those circumstances there wasn’t enough scrutiny of boarding schools. They were locked away, they were private, almost like seminaries, almost like clerical institutions. There was not a proper light shone on them.”

“I was absolutely determined as a parent myself with four children not to send them to boarding school before they had completed the full sixth class in primary school. I was not able to cope with being away from home and it was wrong and damaging to go to preparatory school,” he says.

“But it can teach [young people] independent living, I wouldn’t throw out the baby with the bathwater. But I have seen no evidence that boarding school provides better academic attainment. You do it for the snob [value] or the school tie and all the other social factors that are involved.”

The rationale for boarding schools has become intensely political in Britain. Almost 25 years after the state-educated prime minister John Major declared his desire for a “classless society”, the boarding-school classes retain their tight grip on British public life.

Just 7 per cent of British children are privately educated, yet more than half of the current cabinet went to expensive private schools, and most of them boarded. The prime minister, David Cameron, the Mayor of London, Boris Johnson, and the Archbishop of Canterbury, Justin Welby, all went to the exclusive boarding school Eton College.

In Cameron’s case, he was a victim of the barbaric practice among the British elite of sending their children away to preparatory school at a very young age.

The Guardian writer George Monbiot, who was also an early boarder, said this creates a culture of a kind unknown in the rest of Europe. “The extreme case is the boarding prep school, which separates children from their parents at the age of eight in order to shape them into members of a detached elite. For many years, Britain has been governed by damaged people.”

According to the psychoanalyst Nick Duffell, also writing in the Guardian, Cameron “like so many of the men who hold leadership roles in Britain learned to adapt his young character to survive both the loss of his family and the demands of boarding school culture”.

Yates, who was once tipped as a future taoiseach and drove himself relentlessly in political life, says he can relate to some of that. “That training to de-emotionalise yourself, to put up a barrier, the stiff upper lip: that, essentially, is dishonest. What I learned in my life experience is that, if you bury any painful experiences, they can come back and bite you in the arse if you are subject to enough stress.”

Three years ago, academic psychologist Dr Joy Schaverien coined the expression “boarding school syndrome” to describe a constellation of traits she noticed in people, particularly men, who went to boarding school. The traits include an inability to relate to others, a desire to hide one’s vulnerabilities behind a confident facade, depression and problems with intimacy. We have not yet had that debate in Ireland. The gradual disappearance of boarding schools from the Irish educational landscape is a profound change that deserves greater scrutiny.

The majority of the remaining schools are Church of Ireland, to which Yates belongs, reflecting the dispersed nature of the Anglican community in Ireland. A generation ago, every diocese and most large towns had at least one boarding school. In 1989 there were 94 boarding schools in Ireland. Now there are just 25.

For some of us who went through the boarding school experience in the 1980s this is no bad thing, although others will swear it was the making of them.

The problems any child experiences in school are amplified in the hothouse environment of being surrounded by other teenagers, usually of the same sex and class, for 24 hours a day. Not even the most diligent boarding school can legislate for the casual bullying and dislocation in such an environment.

On the other hand, the multigenerational tradition of children following their parents into boarding schools demonstrates there many who believe it did not do them any harm.

Boarding schools foster a sense of independence and self-confidence and provide a structured platform for study and achievement in later life, or so the theory goes.


Irish boarding schools are very different nowadays. Most allow children to go home at weekends. For their parents, this represents the best of both worlds giving them the order and discipline of a boarding school environment but also a home life.

Ollie Jennings, the former Sawdoctors manager, recently made a documentary about the class of 1969 in Garbally College, in Co Galway, which included the former Ireland rugby captain Ciaran Fitzgerald, the former minister Noel Tracey and the novelist Desmond Hogan.

It is a more affectionate portrayal of boarding school life than that of Ivan Yates, but there was an unmistakeable undercurrent of violence. He did instigate an admission of regret from Bishop of Clonfert John Kirby that the use of corporal punishment was the “order of the day”, and was wrong.