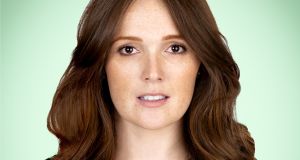 Emma Doran: ‘There’s a freedom with stand-up comedy in that you can say anything once it’s funny’

“There is a rule in comedy,” says Irish stand-up comedian Therese Cahill, “Pain plus time equals comedy.” A profession preoccupied with making people laugh and feel good, undoubtedly includes those who suffer with depression and poor mental health as much as any other occupation.

They are, however, in a unique position whereby talking about their struggles is a funny thing to do. It’s because of this that we have a fixation with the mental health of comedians. We wonder how someone can actively encourage others to laugh when they may be suffering internally themselves.

Cahill, who is disabled, has two types of depression and is morphine dependent due to chronic pain. She has always loved to make people laugh and feels comedy has a way of endearing you to people, considering it’s very hard to laugh and be angry at someone at the same time. As a chronic pain sufferer, balancing mental health issues and a disability, she faces comedy from a diverse standpoint. Despite pain and depression actively taking a daily toll on Cahill, she knows the show, of course, must go on despite the battle.

“I use the word battle,” she says, “as depression can cause an internal war within the mind which translates into our physical wellbeing. I take medication to even out my mood so that I can function daily and, when finances permit, attend counselling. I’m a great believer of treating mental health issues from all angles.”

We have long been fascinated by the idea of the sad clown. Joaquin Phoenix’s recent Oscar-winning portrayal of a broken Joker, battling a mental anguish seemingly culminating from a distressing childhood, societal prejudice and disillusionment, has been the centre of a discussion on the damaging stereotypical portrayal of mental illness. Without delving into the large abyss that is the praise and criticism of Todd Phillips’s depiction of a supervillain whose unequivocal mental deterioration centres on more than one type of sickness, this character has made us question the connection between comedy and mental issues. There may be a need to laugh and to be seen while suffering. At a basic level, comics appear to understand a very honest human condition. Vulnerability. Which is almost always relatable.

“The job of a comic,” says Cahill, “is primarily to make people laugh. The audience may assume that a comic is confident, unflappable and nothing gets them down, but we are still human with our own frailties, vulnerabilities and worries.”

It’s not the pursuit of normal well-adjusted people anyway

Stand-up Emma Doran recognises that the fragility of the human condition means many of us are battling mental health issues to varying degrees. “I’m fortunate,” she says, “in the sense that when I’ve struggled mentally it’s been because of something external that’s happened, so it’s been easier to see the light. When I was expecting my daughter, it was probably one of the lowest periods of my life. I was young, afraid and terribly lonely but because the situation changed so did my mental health.”

It’s these life experiences which Doran believes keep us connected. There is after all, a common thread of feeling like an outsider in life. Comedians place themselves on a stage, behind a mic, in front of nameless faces. Ultimately, they make us laugh. Laugh at ourselves and at unnerving situations. It is not, however, always easy for them.

“You can be funny without those hard experiences,” says Doran, “but you may not feel the need to perform on stage to a room full of strangers who want you to make them laugh. And a room full of strangers is on a good night. Sometimes it’s a room with a dozen strangers who dislike you before you’ve even reached the stage and have already decided you’re not funny. It’s not the pursuit of normal well-adjusted people anyway.”

Almost emotionally exposing themselves, they have a way of engaging us as they strip down issues for comedy’s sake. It’s a unique openness considering it’s by choice. It throws a spotlight on the idea of the extroverted introvert which seems to be a personality trait of many comedians. That is, the ability to stand centre stage, potentially die on their feet, and come back again the next night.

Comedians are creative. They see connections between the reality of life and the thin line of humour which lies beneath. This is something the average person can easily miss. Turning our weaknesses, life challenges and insecurities inward and hearing them being spit back out with wit and humour seems to refocus our attitude. Like a spinning wheel, a comic can weave a new tale and hilariously so. Because of this, comedy gives us an opportunity to open conversations in a less daunting way.

“There are things I’ve said on stage that I may not have spoken about in normal conversation,” says Doran, “but I feel I can when I have my stand-up hat on. There’s a freedom with stand-up comedy in that you can say anything once it’s funny. I feel anyone talking about their experience in a funny way is a positive thing.”

Comedy has a way of breaking down the barriers surrounding difficult conversations such as mental health, despite it rarely being a laughing matter in the grand scheme of things. It is however an incredible device for healing wounds. “Comics are predisposed in many ways to turn tragedy into comedy,” says Cahill. “Life will always find a way of throwing curve balls at us. It’s very tempting to feel that bad things happen to us because we brought them on ourselves and that can easily turn to anger and bitterness. Quite often with mental health issues there is a tendency to push down how we feel which can lead to internalisation of negative feelings and can create an unhealthy echo chamber or in the case of the comic, ‘the imaginary audience’. Using comedy to bring these topics to the fore, the audience feels okay to talk about unpalatable topics but moreover to know they are not alone.”

A comic managing their own mental health has an opportunity to address these issues in an open platform. Whether comedians use their own comedy as self-medication to release personal hidden problems, or if they simply understand the human mind better than we think, we all benefit from it.

“I genuinely believe it is through our flaws and our willingness to share them with strangers,” Cahill says, “and be funny simultaneously – no pressure – that endears us to the room and enables us to connect to others and in turn help them connect with their own problems whilst having fun. It’s like low calorie therapy . . . Cos ya gotta keep it light! Boom boom!”

Irishman in Sweden: Covid-19 testing is not widespread here
8