Beat Winter series: the shorter, colder days can have a big impact on us all 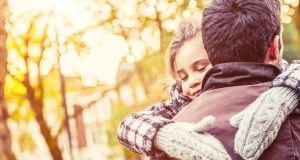 Counteract the effects of winter by making use of the sun when you have it.

As nights draw in and the thermostat drops we all may feel inclined to withdraw indoors, but it’s still not clear what impact winter really has on our brains and bodies.

Prof Andrew Coogan from Maynooth University is a behavioural neuroscientist who specialises in circadian rhythms – our internal body-clock – and chronobiology, the study of cyclical physiological phenomena. How seasons affect behaviour remains an under-researched subject, according to Coogan, but studies show seasonal influences, one recently suggesting an impact on our working memory

“Even when you are born does seem to matter,” he says. “There are indications for an increase in a range of disorders and diseases for winter-born babies, but there is also data that they tend to be bigger and more cognitively developed, and also tend to live about six months longer.”

“Winter probably affects us more than we appreciate,” he adds. “Back in our agrarian history our lives were based around the seasons, and this is still ticking away in the background. We do know anecdotally ourselves that our behaviour differs in mid-winter from mid-summer, but what is unclear is whether this is for biological or cultural reasons.”

Two factors influence our behaviour in winter: climatic changes and day-length. “In the past once the sun came up it was time to get up and go out and work,” says Coogan, “and once the sun went down we retreated home. Reports from Alpine regions, meanwhile, tell us that people living there basically hibernated for the winter. The best strategy for energy preservation was to sleep as much as possible.”

Modern societies buffer winter’s climatic impact with heating and air conditioning, while electric lighting reduces the importance of dawn and dusk times. However, we haven’t escaped our past. “We still sleep later and longer in winter,” says Coogan. “Left to our own devices – without waking for work or school, such as on weekends – our wake time is a half hour later and our overall sleep is longer.”

This change in our natural sleep pattern can have a stressful knock-on effect for families. “Anybody doing the school run knows it’s harder to get kids up when it’s dark outside,” says Coogan. “It makes it a bit easier if you appreciate that there are good reasons for finding it hard to get up, it’s not a case of just not wanting to go to school.”

Some of our response to winter, however, can be attributed to cultural differences, believes Coogan. Societies with more extreme winters have adapted to getting out and about during cold weather, he notes. In Siberia, for example, schools only close when temperatures drop below minus 30 degrees.

Where Irish winters are extreme, however, are day length. “We are far further north than we appreciate,” says Coogan. “People who move here from southerly countries like Brazil find the shortening of days one of the most difficult things to deal with.”

Surprisingly, however, most family members will adjust quickly when the clock goes back later this month. In fact, our bodies respond quicker than they will to springtime clock changes.

“We may have a natural psychological reaction to shorter days which tells us that the clock going back feels worse, but our internal circadian rhythms actually prefer to go backwards rather than forwards,” explains Coogan.

So how are different family members affected by the shortening in daylight hours? “It’s not terribly clear how age and the seasons combine to affect sleep,” he says. “In general terms our sleep changes with age anyway. Babies and children sleep more, adolescents sleep an awful lot more and older people sleep less.”

All age groups, however, are influenced by winter changes in melatonin production and its impact on internal circadian rhythms. “Our bodies use the melatonin signal to read day-length,” says Coogan. “Melatonin, which helps us stay asleep, starts being made by the pineal gland around 8 or 9pm and stops as dawn approaches. With the long winter nights there is a longer duration of signal.”

Access to natural sunlight, therefore, is essential for the family’s winter wellbeing. “Sunlight is important for the body-clock setting its circadian rhythms and making them stronger, which we know results in better health and mental health outcomes,”says Coogan. “People have a stronger rhythm if they are active during the day and spend all night asleep.”

Our circadian systems thrive on exposure to the blue-light of daylight, and less exposure as sleep-time approaches. Minimising evening exposure to blue-light, from smartphones, flat screen TVs and LED lights, will help the entire family sleep better. However, even a walk together may not be the answer to a good night’s rest. Yellow sodium street lights are increasingly being replaced with LEDs, a positive for energy efficiency, says Coogan, but a negative for our nocturnal melatonin signals.

A confusion in circadian rhythms may also cause Seasonal Affective Disorder, a depression triggered by winter’s onset, with symptoms including low mood and increased appetite. “One of the key theories,” says Coogan, “is it’s the inability of some people’s body clock to adjust to dawn and dusk time changes and the shortening of daylight hours, a type of mismatch between what is going outside and their internal clocks.”

Parents, meanwhile, also need to be aware of winter’s impact on the family’s levels of vitamin D – the sunlight vitamin. “Ireland’s northerly latitude and poor weather predisposes us to low vitamin D status,” warns Prof Mairead Kiely from the Cork Centre for Vitamin D and Nutrition Research at UCC.

An assessment of UVB availability by the centre suggests that the duration of Ireland’s “vitamin D winter” is between five and six months. Vitamin D is needed for normal calcium metabolism, maintenance of bone growth and development in children, and prevention of bone loss in older adults. It also reduces the risk of upper respiratory infections.

However, research at the Cork Centre has shown that one-in-eight adults and one-in-six pregnant women are vitamin D deficient. Some 46 per cent of newborn babies, meanwhile, have vitamin D deficiency, but the figure is even higher for winter babies – 62 per cent.

Adolescents, young adults – especially young women – and older adults with poor diets are at highest risk of deficiency, says Prof Kiely. However, she says there is no need for high dose daily supplements. Up to 25 micrograms per day is safe for adults, while children will be protected with 10 micrograms per day, available from low dose supplements or fortified foods such as milks or breakfast cereals.