How to avoid colds and flu this winter: sleep, wash, exercise

Beat Winter series: While it can be difficult to avoid illnesses, you can minimise risk of infection 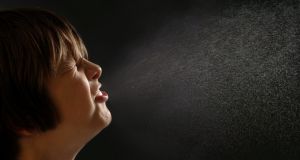 Most winter ailments – coughs, colds and sore throats – are likely to settle down with home remedies. Photograph: istock

Every year about this time, the conversations start about how to avoid and/or cope with colds and flu over the winter months. Taking regular exercise, eating nutritious food, sleeping well, not smoking, drinking none or very little alcohol and looking after your mental health are the basic rules for keeping healthy.

While good hygiene practices such as washing your hands regularly – keeping your home clean and using disposable tissues rather than fabric handkerchiefs – can help prevent infection from spreading, there’s no fail-safe way to avoid picking up winter bugs.

So really, it’s about coping with the symptoms and knowing the difference between what needs more serious attention and what doesn’t.

“Most ailments that people present with – coughs, colds and sore throats – are self-limiting viral infections and are likely to settle down with home remedies. For example, fewer than one in 20 sore throats will need antibiotics,” says Dr Nick Breen, a GP in Greystones, Co Wicklow, and lecturer in general practice at the school of medicine, University College Dublin.

The perennial question about how to tell the difference between the common cold and influenza comes down to the severity of symptoms. Generally speaking, a cold is much less severe (starting with a sore throat or a blocked nose) and the symptoms come on more slowly while flu symptoms come on suddenly with fever, headache and muscle aches that prevent you continuing with your normal level of activity.

For adults with a cold, there is usually no need to see a doctor unless symptoms persist for more than three weeks or symptoms such as breathing difficulties, chest pain or coughing up blood-stained mucus suddenly appear.

The potential complications of a cold include sinusitis (with symptoms of pain and tenderness around the nose, eyes and forehead), middle ear infections (with symptoms of severe earache, high temperature, vomiting and lack of energy) or a chest infection such as bronchitis or pneumonia (whose symptoms are persistent cough and high temperature, bringing up phlegm, sharp pains in the chest). These conditions all require a GP consultation and treatment.

Dr Breen says that while adults understand their symptoms and how to deal with them, it’s important to be vigilant with ill children. “Most adults know when to go to the doctor. But if a parent sees behaviour change, reduction in fluid intake or appetite as well as a high temperature, the child should be checked out,” he says.

Parental concern about their child’s health is, according to Dr Breen, the most significant pointer to significant illness. “The most important factor in identifying acute illness in children is parental concern, followed by doctor’s concern. When a parent senses that there is something wrong with their child, it’s really accurate,” he says.

Flu can cause serious illness and death, especially in the very young and the elderly

And as flu season begins, the topic of who should get the flu vaccination arises. The HSE recommends people over 65, those with chronic illnesses (including asthma, diabetes and heart and liver disease), healthcare workers, pregnant women, residents in nursing homes and carers should all get the flu vaccine.   And while flu is often self-limiting and healthy people normally recover within seven days, it’s important to remember that it can cause serious illness and death, especially in the very young and the elderly.

“All we can say at this stage is that there will be influenza this winter and some people will die from it,” says Dr Breen.

The flu vaccine: all you need to know

The flu seasons lasts from October until the end of May and the virus is responsible for between 200 and 500 deaths every year in Ireland, according to the HSE. In a severe season, it can cause up to 1,000 deaths. It is a highly infections illness and a person carrying the virus can spread the illness by coughing or sneezing from one or two days before they develop symptoms and for up to seven days after symptoms develop. The virus can live on a hard surface for up to 24 hours and on a soft surface for about 20 minutes.

Flu can cause serious complications such as pneumonia, especially in those over 65 and children under four, those with long-term medical conditions and pregnant women. It can also cause serious disease in previously healthy people.

Getting vaccinated against the seasonal influenza virus is deemed to be the best way to avoid catching the flu but it’s not a guarantee as it depends on what flu viruses circulate this season and if they mutate into a virus that isn’t covered by this year’s vaccination.

The 2017/2018 seasonal flu vaccine contains the three strains of the virus that the World Health Organisation identifies as the strains most likely to be circulating this season. This year’s flu vaccine is expected to be about 60 per cent effective. It takes up to two weeks to develop immunity after vaccination.

The HSE recommends people over 65, those with chronic illnesses (including asthma, diabetes and heart and liver disease), pregnant women, residents in nursing homes, healthcare workers, carers and people with regular contact with pigs, poultry or water fowl should all get the flu vaccine.

It is estimated that about 20 per cent of healthcare workers are infected with flu every year and if they continue to work, they will increase the risk of colleagues and patients catching the virus. When healthcare workers get vaccinated, they not only protect themselves from getting flu but they also reduce the transmission of flu from them to their families, colleagues and vulnerable patients.

For more information on the flu vaccine, see hse.ie/flupublic