Antibiotics: When the drugs don’t work

While the discovery of a new antibiotic is rare and welcome, the focus must remain on tackling the rising rates of resistance to the drugs 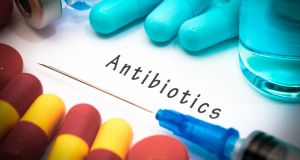 As we grapple with rising rates of antibiotic resistance and the emergence of infections that are effectively untreatable, the focus has naturally been on antibiotic stewardship. Photograph: iStock

The discovery of a new antibiotic is a rare event. Especially one that works in a novel way.

Cefiderocol, in a trial published recently in The Lancet Infectious Diseases, has been shown to be effective in the treatment of kidney and urinary tract infections. The new antibiotic employs a neat trick to infiltrate bacteria – it piggybacks on to iron, which is taken up in increased amounts by bacteria. During an acute infection, one of our natural responses is to create an iron-poor environment. Bacteria increase their iron intake in response. The new antibiotic, cefiderocol, binds to iron, so that bacteria transport it past their defences and inside their cells.

However, this was a phase two trial, and while encouraging – the compound has the broadest gram-negative spectrum of any agent currently in the pipeline – the results cannot be used to establish conclusions about the clinical efficacy or safety of cefiderocol. A phase three trial is now under way.

As we grapple with rising rates of antibiotic resistance and the emergence of infections that are effectively untreatable, the focus has naturally been on antibiotic stewardship – discouraging inappropriate use and being highly selective in prescribing the drugs. But a pipeline of new antibiotics, which we can husband more carefully than existing drugs, would help smooth the other side of the antibiotic resistance equation.

An analysis of antibacterial drugs that are being developed as of July 1st this year was also published in The Lancet Infectious Diseases. A World Health Organisation (WHO) advisory group identified 30 new chemical entity (NCE) antibacterial drugs, 10 NCEs against tuberculosis, and four NCEs against C difficile were identified. But the clinical pipeline is dominated by derivatives of established drug classes and most antibiotics in development are based on limited innovation. The advisory group classified each drug on the basis of how effective it would be on bugs labelled by the WHO as a source of concern – given the availability of limited or no-treatment options (Pseudomonas aeruginosa, Enterobacteriaceae, for example).

A feature of the list of new antibacterial drugs in the clinical pipeline is the presence of very few oral antibiotics. These are valuable in many settings but are especially needed for the treatment of common community-acquired infections. The mainly intravenous drugs in development, will, by their very nature, be suitable for sicker, hospitalised patients.

The development of new antituberculosis drugs faces specific challenges, including the need to treat tuberculosis with a combination of at least three different antibacterial drugs. Patients with drug-resistant TB require treatment regimens which are longer, less effective, and less accessible than first-line regimens. At the same time, they are generally more costly, toxic, and complicated to deliver.

The clinical pipeline of new antibiotics is dominated by derivatives of old classes, reflecting the lower research and development risk, the short-term horizon of investments, and the scientific challenges of pursuing innovative approaches. It means that whatever new drugs emerge, they are less likely to be able to block the development of antibacterial resistance.

This year’s theme is prudent antibiotic use: to stop resistant bacteria from developing and help keep antibiotics effective for future generations.

Is it normal for a woman to fart when she orgasms?
7