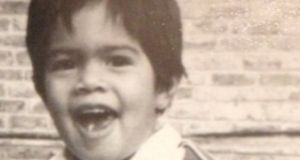 More than 5,000 families in Ireland have been formed through inter-country adoption. Organisations such as the International Adoption Association (IAA) provide a wealth of essential services but there was a time when children were put up for adoption in their birth countries and grew up not knowing where they came from or who their biological parents are.

Trish Connolly of the Irish branch of the IAA says transparency is crucial for both the adoptive parents and the child who may one day want to find out where they originated from.

“International research shows the importance of information and tracing for adoptees,” she says. “What is of utmost importance for anyone, especially vulnerable teenagers and young adults contemplating tracing their birth family, is proper preparation. Both family and peer counselling and support have a role to play in preparing the adoptee for the emotional journey that tracing is.

“But tracing should not be equated with reunion as there may not always be a positive outcome because the trail may run cold or the birth family might not want to engage with the adoptee. These outcomes, as well as positive ones, need to be sensitively managed through third-party contact initially.

“In the modern era, social media can be both a wonderful tool and a stressful trigger for undesirable actions and it has the possibility of offering direct contact between adoptee and birth family in the absence of proper preparation. Educating our children to understand the value of preparation and initial contact via intermediaries is critical to protecting them from the effects of any negative outcomes.”

Anna Davin was adopted as a baby and always felt alone and isolated in her adoptive family. Born in Mexico City, she was abandoned in an overcrowded orphanage and was subsequently handed over to a convent. She was then adopted by an American couple who moved to Ireland when she was a young child. She says she was never close to her adoptive mother who went on to have several other adopted and biological children.

“I think I was a disappointment to my adoptive mother and she never bonded with me,” she says. “From a very early age I was aware and could sense her disappointment in me and to this day I really don’t know why.

“But six months after I was adopted, my first adoptive brother arrived followed 11 months later by another sibling. When I was 2½, I had two brothers and a sister all vying for our adoptive mothers attention and love – which the others kids got but I never did.

“Studies now show an adoptive child needs time to settle into their new family and surroundings and I was never given that chance. Then my parents went on to have three of their own biological children. So there I was, the eldest of seven kids under eight.”

In an inter-country adoption, Connolly says parents must, from the outset, have the capacity to recognise the differences between themselves and their child.

“Understanding and open communication with regard to culture, race and ethnicity is paramount,” she says. “Our children do not resemble us as they had another culture before joining our families. And parents must be sensitive to the child’s losses no matter how young they are when adopted.

“Adoptive parents must also give their children an understanding of the culture of their birth country and the economic, political and social pressures that prevailed at the time of their adoption. Armed with this information they will be better able to understand the motivation of their birth family in placing them for adoption and thus cope with the stress that tracing may invoke in them – regardless of outcome.”

Now in her 50s, Davin always knew she was adopted.

“All I ever wanted was to be loved but I regularly found myself getting into trouble for some misdemeanour,” she recalls. “I now know that I misbehaved to get the attention I craved.

“When I was 16 I became an ever bigger disappointment as I committed a ‘mortal sin’ and found myself pregnant. I didn’t even realise but after fainting in church, my adoptive mother brought me to our doctor and it was confirmed. I was told I was going to be sent to a home where I would continue my education until the child was born and put up for adoption. I was not given a choice and in those days you did as you were told.”

A week after the teenager gave birth, her son was taken away.

“I gave birth on my own with no one to hold my hand,” she says. “Eventually my beautiful baby boy was born and I had seven amazing days and nights which I cherished, loving him with every fibre of my being, hoping that he would know he was loved from the first time I felt him move inside me. I would stare into his big dark eyes trying to memorise his beautiful face as I knew I would be losing him to another woman. And the day we were torn apart was the worst day of my life. I can still feel the pain in my heart.”

Davin wrote to her son via the authorities and waited in vain for many years, until he finally got in touch.

“I always prayed that my son would want to find me and wrote him a letter when he was 18 through the adoption board. As the years passed hope started to fade until four years ago my whole life changed with the magical words, ‘your son is looking for you’.”

Davin met her son in April 2017 and now has a whole new family.

“Meeting my son was one of the happiest and best days of my life,” she says. “His mum and I are now great friends as that amazing woman kept my memory alive in his heart. I am truly blessed and would go through everything again to be where I am today with the love of my six kids and soon to be seven grandkids.

“I would say to anyone [who was adopted or gave a child up for adoption], never ever give up hope no matter how difficult life gets as dreams and wishes do come true – my life is the proof of that.”

The ‘five standards’ of adoption

In Ireland, all prospective adoptive parents must be verified as eligible and their suitability to adopt must be assessed by the Child and Family Agency, Tusla. Applicants must meet the “five standards” in assessing their suitability.

1) The capacity to safeguard the child throughout his or her childhood.

2) The capacity to provide the child with family life that will promote his or her development and well-being and have due regard to the physical, emotional, social, health, educational, cultural, spiritual and other dimensions.

3) The capacity to provide an environment where the child’s original nationality, race, culture, language and religion will be valued and appropriately promoted throughout childhood.

4) The capacity to recognise and understand the impact of being an adopted child from an overseas country on the development of the child’s identity throughout their childhood and beyond.

5) The capacity to recognise the need for and to arrange for appropriate support and intervention from health, social services, educational, and other services throughout childhood.