Bright sparks and electrical cures to revive the sluggish functions 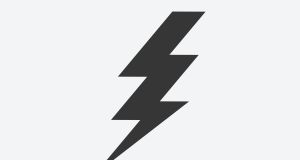 Of the many peculiar medical treatments recorded in the archives of The Irish Times, one of the more curious was the 19th-century fashion for self-electrification, which may even have attracted writer Charles Dickens.

The public was first introduced to the idea of curative “electric” therapy in 1850 by Isaac Pulvermacher’s “hydro-electric belt” – a series of small batteries, joined by clasps. “Electricity is Life” became Pulvermacher’s slogan.

According to one typical advertisement, the result of wearing his “Patent Galvanic Chain Bands, Belts and Pocket Batteries” was “speedily soothing agonising pains, reanimating torpid limbs, reviving the sluggish functions of life, and imparting renewed energy and vitality to constitutions enfeebled by various influences”.

Impressed by public interest in the potential health-giving properties of electricity, other manufacturers followed. In 1868, H James, Medical Electrician (to the London Hospitals) promised: “Health And Manhood Restored”. His belt, he claimed, would also allow sufferers of “Painful Dreams, Palpitation of the Heart, Noises in the Head and Ears, Indecision, Impaired Sight and Memory, Indigestion, Prostration, Lassitude, Loss of Energy and Appetite, Timidity, Self-Distrust, Dizziness, Love of Solitude” and “Groundless Fears” to “cure themselves”!

James advertised his product as the only “Guaranteed Remedy” in Europe, “protected by Her Majesty’s Great Seal”. Pulvermacher quoted medical testimonials and name-dropped. An 1870 advertorial quoted correspondence from Charles Dickens, who had died just nine days previously. “Mr Charles Dickens sends his compliments . . . and begs to say he wishes to try a Voltaic Band across his right foot, as a remedy against what he supposes to be neuralgia there (originating in over-walking in deep snow), to which he is occasionally liable.”

From about 1870, medical batteries, shock-producing electrotherapeutic devices, providing direct and alternating currents, were used to treat a range of physical and mental ailments by reputable – and not so reputable – medical professionals and hospitals. However, identical batteries were also sold directly to the public. For those reluctant to self-administer, McLeod’s of Middle Abbey Street and Rathgar offered to send out “assistants and instruments” to dispense medical electricity and galvanism in patients’ homes “at reasonable rates”.

Many others, however, bought and used the batteries on themselves. In 1882, readers following the trial of Patrick O’Donnell for the murder of Fenian informer James Carey were told: “A box was found with some machinery in it and it was thrown overboard. I have since heard it was a medical battery for the prisoner’s left hand, which had something the matter with it.”

As public acceptance grew, so did the range of “electrical” products and purported cures. In 1878, when Wettons opened a permanent establishment in Sackville Street, their “magnetic-electric” stock included: “Lung and Nerve Invigorators, Throat Protectors, Spine Bands, Knee Caps, Soles . . . Sleeping Caps, Vests, Corsets” and “Combs” .The Electric Belt Company, Harrogate, meanwhile, emphasised the titillating possibilities of electricity, promising in 1881 that its “Gent’s Vitalising Suspensory Belt . . . resuscitates the vital parts”, for a price of 10s 6d.

A later arrival to the “self-electrification” market was Cornelius Bennett Harness, creator of Harness’ Electropathic Belt, who went on to found the Medical Battery Company, in which Irish Times readers were offered shares in 1893. Later that year, however, the paper reported on a series of creditors meetings and court cases involving Harness. Witnesses gave evidence that Harness had no actual knowledge of electricity, and that many of his devices contained no current, including an “electric corset” with “a magnetic bust”, and a hairbrush which contained just “a little magnetised steel”.

One wheelchair-bound witness recounted how she had paid 100 guineas for treatment: “They put instruments to her head, back and sides, and sparks came out”. Another told how the belt she had bought – bargained down from five guineas to two – had left “little ulcers” on the skin.

In 1903, the paper’s medical correspondent “Medico” responded to “constant requests” from correspondents about the value of “electric” belts. Newer models with attached batteries did produce electricity, he noted. However, “only the uninitiated can believe that such a cell can possibly exert any influence on the body, for it is not capable of penetrating the skin . . . ” Medical electricity had been expected to eradicate “all the ills of the flesh”, wrote “Medico” . “It is unfortunate that it has fallen into the hands of misguided men and of the unmitigated quack, for its true position is likely to be prejudiced by the effect of their advocacy.”

Despite this the advertisements continued, including a lengthy campaign for McLaughlin’s “Electro Vigour” belt, targeting: “people who lack courage, whose nerves are shy, whose eyes have lost the sparkle, whose brains are muddled . . . who are weak, puny, restless”.

Decades later in 1957, Myles Na Gopaleen turned his attention to one of their 19th-century promotions: “A firm in Oxford Street, London, gives notice of MEDICAL ELECTRICITY WITHOUT PAIN OR SHOCK. They say this is just the thing for nervous exhaustion, gout, neuralgia, sciatica, indigestion, liver and bilious complaints, head, ear and tooth ache, deafness, constipation, spasms, epilepsy, paralysis and many heretofore incurable maladies. The Lancet of 1856 is quoted in support of these allegations. Why doesn’t our ESB start a similar service here?”