Understanding food labels: Is yoghurt actually good for you? 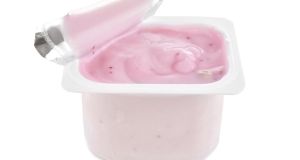 There is such a halo of virtue around yoghurt, you can almost see a glow off the pots as they sit on supermarket shelves. Thanks to the good bacteria found inside, it is credited with helping to regulate our immune system, weight and mood. It’s very nutritious with plenty of vitamins and minerals such as calcium.

There are hundreds of yoghurt products out there, but for me, they can be divided into three unofficial categories: natural, sweetened and super-sweetened.

What is commonly called “natural” or “plain” yoghurt is unsweetened and is the healthiest option on sale.

Yoghurt is processed. At its simplest, it is milk that is heated and then has live bacteria added. The side of the packaging often reveals which bacteria was used, such as Streptococcus thermophilus, Bifidobacterium, Lactobacillus casei and Lactobacillus bulgaricus. But it doesn’t always say.

It uses the front of the packet to remind us that it has no added sugar, “absolutely” no additives and is made on “Alan and Valerie Kingston’s family farm in West Cork, Ireland”. The product label says it has 3.7g of sugar per 100g, but that is because milk has a natural sugar called lactose.

This yoghurt has 4.3g of protein, which is not enough for Glenilen to label it a “source of protein”, according to guidelines set down by the Food Safety Authority of Ireland, but is still worth noting.

It also has 3.6g of fat per 100g, which is just above the level of a low-fat product at 3g. For an avid label reader, this is a very straightforward product.

Compare that with Glenisk Strained Greek Style Natural. You will see on the front of the packet says it has 0 per cent fat. That means it was made using skimmed milk. (The ingredients also mention the actual bacteria used: Streptococcus Thermophilus, Lactobacillus Bulgaricus.) The nutrition panel also shows that it has 10g of protein.

Traditionally, Greek yoghurt is made by straining the product to remove the liquid whey and lactose, leaving a thicker yoghurt and consequently a higher percentage of protein. Hence the label says “strained”, though some manufactures don’t use this method as it is expensive.

If it is made in Greece, it can be called Greek yoghurt. Otherwise it is called Greek-style.

A product that seems similar at first glance, but isn’t really, is the Activia Vanilla yoghurt from Danone. With flavoured and sweetened products, we are back in the realms of marketing dreamtime land.

On the front cover, it sounds enticing to the health-conscious, with “no added sugar, 0 per cent fat” and some “exclusive bio live yoghurt culture”. In smaller writing, it mentions “fruit and sweeteners”.

There is in fact a negligible amount of fat, but more importantly there is a long list of unappealing ingredients including sweeteners acesulfame K and sucralose. As with all fake sweeteners, they are considered safe to consume in small amounts at the moment, but some have been linked to weight gain and other issues.

A better option is the Glenisk Raspberry Bio Live Organic Yoghurt, which claims on the front to have “reduced sugar” alongside a picture of two raspberries.

It can do this as it has real raspberries in the form of raspberry puree (8 per cent) in its ingredients, in addition to “natural flavouring” and organic cane sugar. Glenisk says there is just 2.5g of added sugar in each 125g pot, which can be considered good as it is just over half a teaspoon. Total sugars add up to 8g, which is to be expected. In addition, this yoghurt has thickeners in the form of locust bean gum, which is derived from carob, and tapioca starch.

Compare that to Yoplait’s strawberry yoghurt which has 15.5g of sugar in a 125g pot. The ingredients list indicates that sugar makes of 8.8 per cent of the recipe.

Beyond those, there are a lot of yoghurts that are really desserts. Muller Light vanilla yoghurt, for example, has a long list of ingredients that includes fructose (which is fruit sugar) sugar, aspartame and acesulfame K.

It also says it contains a source of phenlalanine, which can cause issues for some people. A Muller Corner Milk Chocolate Digestives has everything from soya to coconut oil it – and almost 17g of sugar per 100g.

Don’t fool yourself they are anything other than sweet treats.