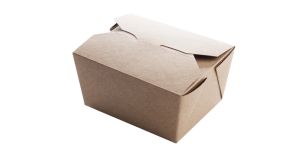 Chinese ready meals can be high in salt, sulphites and aspartame. Photograph: iStock

When it comes to food labels, you are pretty much guaranteed that scrutinising them will yield a few revelations. So it was with Chinese ready meals.

Recent news stories have highlighted that many of these meals are high in salt. This is a concern given that research shows that too much salt in the diet can increase blood pressure, thus increasing your risk of heart disease or stroke, according to the Irish Heart Foundation. Cardiovascular disease is already the most common cause of death in Ireland. These are the ultra-processed foods recent headlines have warned us against.

Some Chinese ready meals have been found to have as much salt as 11 bags of crisps, according to Action on Salt, a British organisation that is calling for recommended salt intake levels to be lowered.

Marks & Spencer’s Crispy Sweet & Sour Chicken Banquet racked up 4.13g of salt in the 500g package, which is described as a meal for one. That’s a lot, because we are advised to have no more than 6g of salt a day.

Yet, the average daily salt intake in Ireland is high at about 10g, according to the Food Safety Authority of Ireland, and much of the excess comes from manufactured foods such as ready meals, cereals and bread. What is interesting though is that for a product to be marked as high in salt, it should have 1.5g of salt per 100g or 1.8g per serving.

For that reason, this packet also has a red traffic light for salt on the front, alongside red for sugars and fat too.

So keep an eye on the traffic labels for salt.

Tesco’s 450g Chicken and Black Bean with Egg Fried Rice with 1.77g of salt is just under the level that would warrant a red sign. But then, it is a smaller packet. It also has the magic three types of sugar listed as: sugar, carmelised sugar syrup and molasses.

There’s more than salt in ready meals, however, as you can see from Aldi’s Slim Well Chicken Chow Mein, which has at least 40 ingredients, many of which are there just to aid in the processing or preserving of the product. These include sulphites, highlighted in bold as an allergen that can cause breathing difficulties in those who are susceptible. It also contains aspartame, a controversial substitute for sugar which is 200 times sweeter, and which is a source of phenylalanine, which can cause problems for some.

The dish is described on the front as a “satisfyingly tasty Chinese favourite of tender chicken pieces in an Oriental-inspired sauce with noodles and vegetables”. It also says it is “low in saturated fat” and a “source of protein”.

Those things are true. But why is it named Slim Well? Turn over to find the answer. It is lowish in calories at 408kcal per 550g pack, given that the average person needs 2,000 to 2,500 per day. It has quite a lot of salt, however, with 2.5g in the 550g pack which is sold as “one generous serving”. Chicken pieces make up 19 per cent of the ingredients, but those pieces are just 98 per cent breast meat – the rest is water and dextrose, a form of sugar.

The packet also says the dish is “Produced in the UK using chicken from Thailand”.

Even cheaper is Aldi’s Simply Bistro Sweet and Sour Chicken 400g, which costs €1.19. This is chicken with air miles under their wings. The packet tells us it is “Produced in Belgium using Brazilian and Thai chicken” – not words to warm any Irish consumer’s heart, even though only 12 per cent of the product is “chicken breast pieces”.

Those “pieces” are made up of chicken, tapioca starch and salt. Tapioca starch is used to help the meat absorb and retain water, but what we are not told is how much chicken goes into the chicken breast pieces.

Reading labels can be like piecing together a mystery from an old book where some pages are missing.