Cooking in isolation has captured the global zeitgeist – but which shifts are built to last? 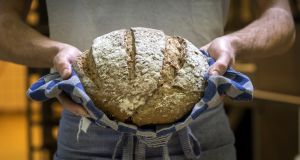 When the world collapsed, we made sourdough. Photograph: iStock

In isolation, cooking is cool. From Insta-worthy whipped coffees and ego sourdough to recipes with their own hashtags, food has gone as viral as coronavirus itself. Here are the definitive power rankings for quarantine food trends around the world.

This was patient zero in the food-trend epidemic that has now spread around the globe. Stick with me here, because the origin story is confusing. In January the Korean actor Jung Il-woo was filmed having a coffee at Macao’s Hon Kee Cafe, which is famous for its whipped coffee. The owner, Leong Kam-hon (who lost the use of an arm in a shipping-container accident, became a kung-fu devotee and opened a cafe) once served it to the Chinese actor Chow Yun-fat while he was filming Crouching Tiger, Hidden Dragon in the early aughts. I told you it was confusing. Hon says he learned the whipped-coffee technique from “a foreign couple” years earlier. It’s unclear if the couple were just explaining the common Indian home-style “beaten coffee” (for which the technique is identical), but soon Dalgona coffee (now named for its resemblance to a nostalgic Korean honeycomb candy) was spreading among YouTubers, TikTokkers and Instagrammers. In the second half of March, YouTube views of videos with “Dalgona” in the title increased 5,000 per cent. I tried it. It’s pretty good. Power ranking 4/10

In the weeks before lockdown started, and in the shadows of the toilet-paper wars, our focus shifted momentarily away from our butts and on to actually having food to eat. We hoarded pasta, tinned tomatoes and mince – everyone decided it was time to get their Bolognese on. Did you have spaghetti Bolognese during isolation? Yes, you did. Did you make a lasagne because that was the only pasta left that you could buy? You probably did that too. There’s nothing wrong with a good plate of pasta, of course, but I really just wish the gyms were still open. Power ranking 5/10

Beginning life as the less catchy “VanDough Focaccia BreadArt” by the Massachusetts-based baker Teri Culletto more than a year ago, iso-baking thrust focaccia gardens squarely into the spotlight. In a world where everyone was uploading sourdough, these impressionist artworks of colourful vegetables were an obvious pivot for “content creators” who wanted to stand out from the crowd. Soon these (literally) half-baked masterpieces were all over the ’Gram – and, to be honest, I didn’t mind it at all. I’m not even sure if you’re supposed to eat them, but they look really nice, right? Power ranking 7/10

By April corporations had well and truly leaped on the isolation-cooking bandwagon, releasing official recipes for popular food products. Ikea even revealed its “iconic” meatball recipe.From a marketing perspective it was brilliance: recast processed food products as home-made dishes, earn acres of free advertising, and be seen to be helping out people in isolation at the same time. The only thing required was for the public and media to ignore how these recipes bore no resemblance whatsoever to the products actually on sale – which, by and large, we did. Power ranking 2/10

The most powerful trend of isolation cooking has to be #thestew. Sure, more people probably made bolognese or sourdough – but as cultural commentary #thestew had it all. A recipe from one of the global epicentres of the virus, cooked across New York by the young and housebound; a star on the rise; an explosive(ish) interview, complete with allegations of racism, celebrity feuds and a good old fashioned cancelling.

I’ll leave the drama for the archivists of the internet to pore over, but I do want to address one point of criticism – that #thestew drifted casually into cultural appropriation.

Did an attractive, middle-class white woman appropriate Indian chana masala for fame and fortune? Of course not. Personally, I don’t think you need to provide a dissertation on the origins of every spice when you decided to put a teaspoon and a half into a recipe. Does putting chickpeas and literally two spices into a stew even make it Indian? If an Indian person puts chilli in a recipe do they need to give a shout out to Christopher Columbus and the New World 500 years after the fact?

I can tell you with some degree of certainty that if Alison Roman had dared call #thestew Indian, the rebukes would have been fast and severe. Besides, I’m pretty sure she isn’t trying to convince anyone she invented turmeric.

Of course we should be aware of which voices are elevated in food media, and divorcing recipes from their cultural origins has its problems, but attribution isn’t one of them. It’s not as if the cooks of the subcontinent never published their own recipes for chickpea stews. You could have cooked one of those if you wanted to.

When a thing goes viral it’s not because of the person who made the thing. It’s not even because of the media. It’s because of us. If you want to know why chickpea stew took off in a New York minute, or why it took a Korean actor to send Indian beaten coffee around the world, don’t ask Alison Roman or Jung Il-woo. Ask yourself.

I think you probably already know the answer.