A competition for cheese-lovers, new entrants to the fast-food market and the Irish Food Festival has come around again 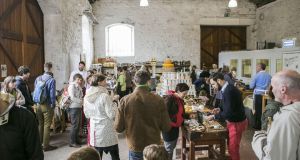 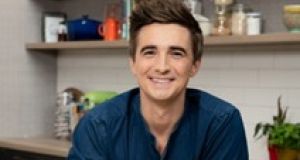 A competition winner and a companion will jet off to LA to meet Donal Skehan at his home and do a culinary workshop and food-styling master class with him. 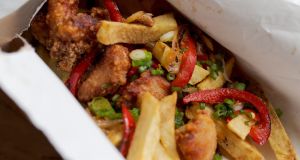 A taste of California

If you’ve been following with interest, and perhaps a touch of envy, the exploits of Irish food writer and TV presenter Donal Skehan and his family in their new life in sunny LA, you and a friend could be joining him there for a taste of Californian life.

Skehan is the official ambassador for the National Dairy Council’s involvement with the European Milk Forum’s 2019 campaign Cheese: Your Way. To promote the initiative a competition has been launched that will see the winner, and a companion, jet off to LA in October to meet Skehan at his home and do a culinary workshop and food-styling master class with him. There will also be time for sightseeing and taking in some of the not-to-be missed local food experiences as recommended by Skehan.

Full competition terms and conditions are available at thecompletenatural.ie. Entries should be sent to cheese@massivepr.tv by 5pm on Friday, June 28th.

The trip to LA will be for three to four nights (depending on flight schedules) and flights, accommodation and transfers will be included in the prize.

A family day of Irish food

More than 100 vendors and exhibitors are taking part in the 10th annual Irish Food Festival run by Sheridans Cheesemongers at their headquarters in Pottlereagh, Kells, Co Meath, on Sunday, May 26th. It’s a great family day out, well worth the €5 admission fee, and a chance to meet the producers of some of Ireland’s top food products who are travelling from all four provinces.

The ethos of this festival, which attracted more than 7,000 visitors last year, is to have only Irish food on sale and only those responsible for making it in attendance to chat to visitors about their produce.

Children are a big part of this festival, and as well as the play area and mobile animal farm, this year there will be a series of children’s workshops to keep younger visitors occupied. Olivia Goodwillie, cheesemaker and author of the Kevin and Kate’s Food Adventures series of books for young readers, will lead three workshops on wheat, dairy and vegetables.

The festival runs from 10am-6pm, and as well as stocking up your fridge and larder you’ll be able to choose breakfast, lunch and dinner from the catering options on site, including rare breed pork sausages, curries, a barbecue grill and crepes.

Leon, the healthy fast-food chain established in the UK and now with 63 locations in five countries, has opened its first Irish outlet in Temple Bar, Dublin. Through a franchise partner the company plans to have 20 outlets in Ireland by 2023. The next Irish outlet of the vegan-, vegetarian- and gluten-free-friendly chain is due to open in Dundrum Town Centre.

Irish caterer Eunice Power has also recently entered the fast-food market with the launch of Andchips in Dungarvan, Co Waterford. Her new venture, which was two years in the planning, is a takeaway selling locally-sourced Irish fish, chicken and beef burgers – and chips, of course.

Five locally-sourced fresh fish will be on offer every day, and there is also a vegetarian option, falafel on Syrian flatbread. The Andchips options also include taco fries with chilli beef, taco mayo and cheese, and Power’s take on a spicebag.

Andchips, on Davitts Quay in Dungarvan, Co Waterford, is open Sunday to Thursday, noon to 9pm, and Friday and Saturday, noon to 10pm.