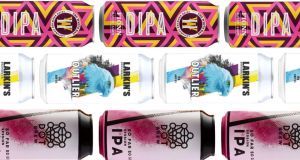 Session beers can be a bit unpredictable when it comes to alcohol content, though they should really be between 3 and 4.5 per cent. They should also be relatively easy-going, “designed to be consumed without overtaxing the drinker in either flavour or intensity”, according to Randy Mosher in his excellent Tasting Beer book.

And while I admire the rule-breaking and reinventing that go with craft brewing, it’s great when you come across a beer that achieves exactly what it sets out to do by sticking to a style.

McGargles’ Daragh’s Grapefruit Session IPA (3.8 per cent) is a limited edition made by Rye River Brewing, in Co Kildare. It’s a lovely little beer: there’s a bit of hoppiness on the nose, it’s light-bodied but not watery (which can be problem with lower-alcohol beers), and there’s a smooth mouthfeel, with a balanced and lovely pithy grapefruit bitterness.

If you want to take it up a little in terms of alcohol and flavour intensity, there are plenty of IPAs within the 5-6 per cent range on the shelves to choose from. Among the newer releases is Outlier by Larkin’s Brewing in Kilcoole, Co Wicklow. This is a 5 per cent IPA, with lots of fresh citrus and tropical-fruit flavour – overall it’s a solid, tasty example of a modern IPA. Also worth keeping an eye out for are Dot Brew’s new releases, which include a session IPA, So Far So Good, at 3.2 per cent, and Straight Up IPA, at 6.6 per cent.

To go bigger, check out White Hag’s Fionn double IPA, at 8.5 per cent. This pours a nice hazy orange, and there’s lots of fruity flavour, of peach and apricot, and a very soft body, with low bitterness. It’s juicy, layered and keeps you interested right to the end.