Is Gucci cashing in on Paul Mescal’s tighty-whities? 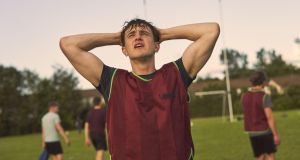 Sure, sex is cool, but have you ever seen Paul Mescal in his GAA tighty-whities? This appears to be the general consensus from the fashion world. The British media are still publishing near-daily photographs of Mescal “flaunting his physique” all over London in standard-issue Gaelic football shorts. You say he’s simply taking a run in appropriate apparel, they say he’s making a bona-fide style statement.

Recently, he was so audacious as to “team” his pair with a can of G&T and some prawn-cocktail crisps. The UK fashion commentariat, unfamiliar with the ubiquity of GAA shorts in the typical Irish man’s wardrobe, applauded his ballsy look. Some even called it (checks notes) a mood.

The typical Irish lad walked so Mescal could run. We all have photographs of our dads wearing GAA shorts at the local Community Games, and no one called them trendsetters

“This summer’s biggest shorts trend is shorts so short, floaty and, well, alarmingly breathable that they might as well be your boxers,” GQ magazine notes. “Paul Mescal, the hunky alabaster actor from across the Irish Sea, is the surprise style icon of the lockdown summer.”

The man himself has noted: “It’s hilarious. I’m aware that, sometimes on my way to the shops, I’m being photographed. But, to be honest, there’s no better item to be photographed in than a pair of Maynooth GAA shorts.”

But then Mescal has already crossed the Rubicon into style-icon territory. First, thanks to his character in Normal People, he has made chain necklaces (the thin Argos type, not the Kanye-ice type) into a genuine phenomenon. Somewhat improbably, the accessory has its own Instagram account, with more than 180,000 followers. But, as we’ve seen, absolutely any old mad stuff is possible in 2020. (To be fair, it’s not so bad when he donates his chain to charity – it raised more than €70,000 for Pieta on Monday.)

Yet the typical Irish lad walked so that Mescal could run. GAA shorts have been a wardrobe staple, showing up everywhere from the gym to, on a sunny day, St Stephen’s Green. We all have photographs of our dads wearing them at the local Community Games, and no one called them trendsetters for it.

Yet Gucci has apparently been so taken with the €15 sports shorts that it has launched a €550 version. Labelled on its website as Waterproof nylon swim shorts with Web, they are “crafted from waterproof nylon” and “completed by an elastic waistband with drawstring. The green and red Web ribbon runs down the sides and gives them an athletic feel with the Gucci jacquard label.”

There’s a very good chance that Gucci is doffing its cap to the 1980s – tight sport shorts were even commonplace in Italia ’90. Fashion houses often appropriate looks from past decades.

Honestly, though, did you ever think you would see a time when GAA would be having a global style moment? Allow me to present a theory: after Mescal’s Normal People character, Connell, took to the GAA pitch, every girl in his class, including the icy, unknowable Marianne, had a bit of, to borrow some jargon from last summer, the fanny flutters. Those white GAA shorts probably helped Connell get away with murder, from disposing of Marianne before the debs to shifting his teacher outside the chippy and nearly throwing up on her.

Honestly, Mescal’s sartorial influence is running on so many engines that he could probably make any item of clothing hot right now. If I were him I’d be running a social experiment to see exactly how far the fashion world will blithely follow him. The man, truly, could make fetch happen. He could do things for the sarong that even Beckham couldn’t. He could lob on a green felt green velour leprechaun hat from Carrolls and turn it into a fashion moment. Borat swimwear, tweed caps, sandals and socks; any of it. After all, he’s made the reticent, monosyllabic, emotionally confused Irishman the hottest thing since chip-pan oil, so anything is possible.