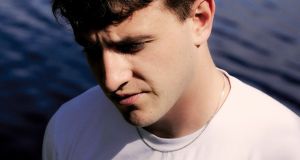 The Normal People star Paul Mescal, who plays Connell in the television adaptation of Sally Rooney’s novel, has donated one of his personal chains to be raffled in aid of Pieta, the suicide and self-harm prevention charity.

Mescal, whose chains have their own Instagram fan page, says he particularly wants to help the charity because “suicide and depression are themes directly linked to Normal People, especially around episodes 9 and 10”, which are being shown on the BBC today and RTÉ tomorrow. The series has been a hit in both Ireland and Britain, with more than 2.58 million streams on RTÉ Player and more than 38 million streaming requests on BBC iPlayer.

The raffle is open from today until 2pm on Monday, June 8th, and costs from €10 to enter. The winner will be selected at random an hour later.

Pieta, which was established in 2006, says it answered 13,705 phone calls and 31,139 text messages via its 24-hour helpline services in 2019; each call costs the charity €10 to respond to. Pieta had to postpone its flagship Darkness into Light fundraising walk this year because of the coronavirus pandemic; it relies on donations for 80 per cent of its income.

Is Kanye West’s White House bid genuine or a publicity stunt? Or could it be a bipolar episode?
8

‘Ten of the best books set in Ireland’: Does the Guardian get it right?
9

The movie quiz: ‘Jaws’ appeared in how many James Bond films?
10