Traditionally we dealt with difference through exile and silence. All has changed

Yes supporters were more visible at Dublin Airport as thousands returned to Ireland to cast their vote in the referendum on the Eighth Amendment. 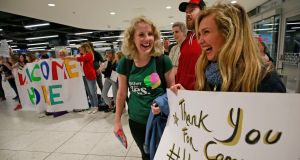 Emigrants were welcomed and cheered as they arrived in Dublin Airport last week to vote in the referendum on the Eighth Amendment. Photograph: Nick Bradshaw/The Irish Times

One of the most impressive features of the massive grassroots movement driving the Yes vote on Friday May 25th was the number of Irish emigrants who came home to vote. It would be impossible to say how many made the journey. Some may have voted illegally, if they were living outside Ireland for more than the paltry maximum 18 months after which one is no longer entitled to vote. A few came home to vote No.

We cannot say that the contribution of emigrants would ultimately have made any difference on a day when a landslide majority decided the outcome. Yet, the images of those journeys made from around the world carried a powerful resonance.

A diaspora united with the home place, transcending borders. People travelling to speak for those who could not. Money freely contributed to cover travel costs by others who could not themselves make the trip. A powerful sense of spontaneous togetherness, solidarity, hope and expectation.

And always, pictures of ports and airports, of departures and arrivals, signs held up, hugs and welcomes, brief hellos and soon-to-be goodbyes. Yet in those very places it’s also impossible not to be aware of the ghosts of those who made sad journeys in the other direction, often surreptitiously and alone, seeking a remedy to a personal crisis which their homeland denied them. In all cases and above all, women’s stories were central.

The #hometovote phenomenon seems to say that although our destiny, from transatlantic ships to the Ryanair generation, is to travel, we’re still attached. Home is still here, at least in part. Life is a coming and going, an ongoing conversation, a here, there and in-between.

Back in 1988, I carried out a survey of the Irish in Paris - one of the first studies of the new Irish communities then establishing themselves in continental Europe. Although they were different in some ways - generally better educated and readily accepted - from earlier generations going to Britain and the US, there were many points in common. 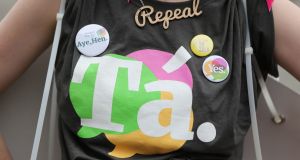 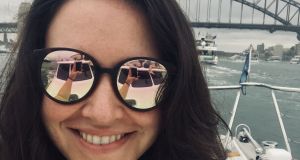 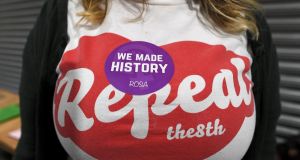 They were still to be found on building sites, such as the new Euro Disney site outside Paris. Women were still more numerous, as they have been in many phases of the Irish emigration story. They still congregated in pubs or met one another after church. They still used their extraordinary talent for networking, before the internet and social media were invented, to find jobs, get information, meet friends and make new ones, settle in.

There was another side as well. Ireland in the 1980s was going through one of its worst recessions. By the end of the decade up to 70,000 people were leaving annually. But not all went because of the faltering economy. Some of those I interviewed were members of the LGBT community. They, and a whole wider swathe of people, had felt constrained by life in a still conservative, clericalist culture.

For many, two events summed up that culture and the feeling that it was never going to change. One was the 1983 Eighth Amendment on abortion, which we have just now repealed. The other, the Tenth Amendment in 1986, was the first divorce referendum. Largely forgotten now, it was lost by a massive 63 per cent to 37 per cent.

We were not to know then that all that would change in only a few short years. The rise of the Celtic Tiger was accompanied by the fall from grace of Bishop Eamon Casey in 1992. The decade that followed saw an economic boom, but also shocking revelations of a long, disgraceful history of incarceration, ill-treatment, abuse, cover-ups and denials, the net effect of which was utterly to destroy the authority of the Catholic Church as a moral arbiter in Irish civil society. It can come as no surprise that the voices of the bishops were singularly absent during the present referendum campaign.

But for the 1980s generation of emigrants, all that was in the future. The mood among some then was one of pessimism. Nowhere was this felt more strongly than by those who left for social reasons - a pregnancy outside marriage, a HIV diagnosis, a failed marriage, being gay or lesbian.

There was a bitterness among some of those marginalised 1980s Irish just as there was among some earlier emigrants who had left with the proverbial cardboard suitcase, without a decent education or prospects, to face often hard lives in sometimes unwelcoming places. That bitterness was driven by the feeling that, compared to those still at home, they were unwanted, surplus to requirements. Ireland had dealt with them in the classic manner, through exile and silence. Once gone, their proper place was to stay away.

Now all that has changed. This, perhaps, is the real significance of the #hometovote movement. What was hidden is now manifest, the links that were sundered are made whole again, Ireland and its own diaspora can speak to one another. Ireland itself now has a new and more open, porous culture, diverse and more at home with itself.

As we saw already with the marriage equality referendum of 2015 and now in recent days, it is impossible not to be moved by the sight of all those emigrants arriving, albeit temporarily, to express their ongoing connection. For every person who returned, tens of thousands more followed every moment on news and social media worldwide.  This was primarily the story of Irish women, both at home and abroad. This time around, in Mary Robinson's words, instead of rocking the cradle, they have truly rocked the system.

It is now time to give proper and meaningful political expression to that ongoing vibrant connectivity in the obvious way, as the vast majority of other countries do: allow our emigrants a meaningful and ongoing voice at the ballot box.