Like many migrants I found freedom with a British passport, but after Brexit I felt betrayed 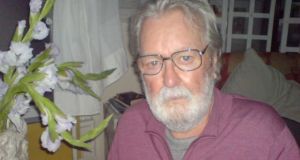 Shaun Traynor is a Northern Irish poet and children’s writer who lives in London.

I was born an Ulster Protestant and brought up in that faith and culture.

But even from an early age I felt a discontent with the strictness and narrow vision of that culture.

As a young man I left Northern Ireland to live in London and so began to realise I did have a (basic human) right to think things through for myself; I determined I would not be what that society which I had left tried to make me and wished me to be - basically insular and conformist.

Like many migrants I found freedom with a British passport.

And I have enjoyed that freedom and have felt content (even sometimes proud) to live in Britain which I perceived as a self-emancipating society.

In my lifetime I have seen an end to much prejudice; NO BLACKS! NO DOGS! NO IRISH! I have seen an end to the criminalisation of the gay community and even now an acceptance of gay marriage. These have come about by changes in the law which make people feel it is wrong to do (or even think) bad things. It is basically patronising, philanthropic, liberal and compassionate. But it worked. It had nothing to do with referenda.

Until we came to Brexit …

When the British people - in a referendum - voted to leave the European Union, I felt a sense of anger and betrayal. It was as if that old hound dog - insularity - was chasing me again. And looking more deeply into it, maybe the undoing of all the liberal agenda, I have described. But it might well be wrong to insult an electorate by saying their only (or main impulse) was anti-immigration and anti-immigrants already here. The simple X which marks a name, an identity, could well be a very sophisticated, private and multi-pixilated semantic cross.

But since Brexit - immediately afterwards and now in sustained force - there are so many examples of publicly expressed (and criminally expressed) feelings of xenophobia and racism, it is as if a bin lid had been lifted; the bully in the playground has been allowed back, unchecked.

So my first reaction was to think, “OK. From here on I no longer want to call myself British. I don’t want to travel to Europe and around Europe with a British passport, Britain having said – democratically - they don’t want to be part of Europe.

So what to do?

Get an Irish passport and be part of a much wider and more cultured community? European again… but then also to be Irish? Becoming Irish might be the rub.

So, being that Ulster Proddie-boy, born and bred to be British, not Irish - but having lived in London for most of my life, surely there is an easy enough gut-wrench to enable me to be free again of those parochial chains?

Yet, to dismiss memories of a tender upbringing - albeit non-political - would indeed be a wrench, is a wrench. And would I want such a total (if perhaps but nominal) escape?

I am in mind of the words of the English poet, A.E. Houseman –

Into my heart an air that kills
From yon far country blows:
What are those blue remembered hills,
What spires, what farms are those?
That is the land of lost content,
I see it shining plain,
The happy highways where I went
And cannot come again.

Waiting in the long queue to apply to become an Irish citizen, I had indeed plenty of time to consider my next step and to pass that time I invented a quiz for myself, well more an interview based on questions which a prospective citizen of the Irish Republic might/should (?) face… I mean, would I be asked these kind of questions when my number was called?

So to pass the time …

Do you speak Irish?

Can you describe the seating arrangements in the Dail?

Can you name (in Irish and with translations) the names of two political parties in the Republic of Ireland?

How do you feel about Martin McGuinness being part of the powersharing government of Northern Ireland?

Are you from Derry or Londonderry?

I was getting a bit edgy at this point and trying to be positive and upbeat about my (imaginary) answers, but happily my number was called - 306 – and I stepped forward:

“Good afternoon, what can I do for you?” said the clerical officer.

“I want to become an Irish citizen,” I said, “Get an Irish passport.”

“Well now, do you now,” the officer replied, “In that case, do you have a birth certificate to show that you were born on the Island of Ireland?”

So it all became so very uncomplicated as we began upon the necessary paperwork and I wrote a cheque payable to The Embassy of Ireland.

Shaun Traynor is a Northern Irish writer who lives in London. He has published three collections of poetry and several acclaimed children’s novels. He is also editor of The Poolbeg Book of Irish Poetry for Children