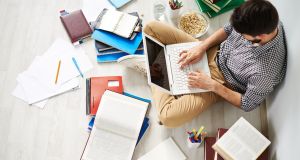 Almost 127,000 Irish emigrants have moved back to live in Ireland over the past five years. Photograph: iStock/Getty Images

In the past five years, almost 127,000 Irish emigrants have moved back to live in Ireland, according to new figures from the Central Statistics Office. What has the experience been like for all these people?

The Irish Expats Returning to Ireland Facebook group has amassed more than 10,000 members since it was created in June 2016. There, people who are thinking of moving back post queries about things like the job market in Ireland and shipping their belongings, or if they have already returned, share gripes about the cost of car insurance, difficulty finding accommodation, or the personal difficulties they have experienced settling back into Irish life.

Reading the posts and comments gives a good overview of what the experience has been like for a lot of them, but you could be forgiven for thinking the move back to Ireland is universally fraught with difficulty. The rare positive posts from people who have had a good experience and report being happy back in Ireland often get hundreds of likes, as others looking to make the move cling to the hope that all the other barriers they have read about won’t hinder their journey either.

The Government has commissioned an economic report on the barriers affecting returning emigrants, but have received very few responses to their call-out for submissions so far.

In an attempt to open up the discussion and gather more first-hand experiences, a conference will take place in Galway this Saturday. Returned or returning emigrants are invited to attend and contribute to the discussion, either in person or online through a Facebook Live stream.

The conference is being hosted by Ciarán Staunton of the Irish Lobby for Immigration Reform USA, and Karen McHugh of Safe Home Ireland. Other speakers include Minister of State for the Diaspora Ciarán Cannon, and Senator Billy Lawless.

Topics up for discussion include the recognition and transfer of driving licences, the high cost of car insurance, access to loans for buying a house or car, access to affordable housing, access to schools, third level education fees, affordable childcare, lack of job opportunities, recognition of qualifications, social protection issues, and meeting habitual residency conditions.

People who have had a positive experience are also invited to share their stories.

The conference takes place at the Connacht Hotel on the Old Dublin Road in Galway City this Saturday October 7th, from 2-4pm. It will be streamed live on Facebook from Ciarán Staunton’s page, facebook.com/Ciaran-Staunton-Advocate-for-Immigrants-903878989710116/

Food myths busted: Are coffee and salt so bad for us? Are calorie counts worthwhile?
Real news has value SUBSCRIBE