Will Christopher Nolan bring fans back to empty cinemas? 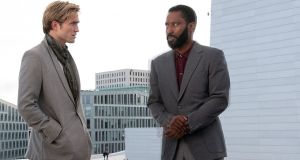 How many industry analysts would, in early January, have identified Christopher Nolan’s Tenet and (checks director on Wikipedia) Walt Dohrn’s Trolls World Tour as the most important films of 2020?

Well, plenty may have nodded towards the Nolan film. Costing $205 million (€190 million), the palindromic action thriller was always under pressure to keep the second half of summer aloft. Trolls’ role as a signpost towards new realities was less easy to predict. Future historians of cinema in the 2020s are already considering titles such as “Do Feed the Trolls” and “Hooray for Trollywood!” (sorry).

Universal Studios’ decision to stream Trolls on the film’s original release date was a surprise. Many in the exhibition sector are still outraged, but the animated musical, expelled from cinemas by coronavirus, went on to generate more than $100 million in video rentals. The adaptation of Eoin Colfer’s Artemis Fowl was then moved to the Disney+ service. Other releases have followed.

It remains to be seen if Trolls’ shift to the virtual launched an era or a mere chapter. Cinema chains certainly pray the US release of Tenet will signal the beginning of the end for a temporary rearrangement. Film enthusiasts will return to public places. When James Bond arrives in November, the old normal will have replaced its provisional alternative. We’ll see about that.

The entire industry will be studying Tenet’s performance. That is too much pressure for even a Nolan film

Everything that follows should be read with the words “at time of writing” as a footnote. We have, since Bond’s shift from April to November, seen release dates come and go with unsettling regularity. Shares in an ordinary autumn are plummeting. As of Thursday, Solstice Studios was, nonetheless, still planning to release Unhinged, a mid-budget thriller starring Russell Crowe, into American cinemas on July 1st.

That’s just the phony war. The real conflict is (ATOW) due to kick off with the US release of Tenet on July 17th. If the film can open then and cinemas can adapt to social distancing guidelines, then the summer will be saved and the streets will run with Pepsi. “Tenet is more than a movie,” Variety tells us. “It’s the spark that cinemas are counting on to ignite a moviegoing revival in the US and beyond.”

The publicity machine for theatrical releases has gone into hibernation, but spurts of apparent promotion have emerged for Tenet. Nolan, an evangelist for the theatrical experience, has brought more pressure on the film by writing a breathless op-ed piece for the Washington Post. “In uncertain times, there is no more comforting thought than that we’re all in this together, something the moviegoing experience has been reinforcing for generations,” he argued.

Last week, Robert Pattinson, who stars in Tenet opposite John David Washington, gave an agreeably eccentric interview to GQ magazine in which he talked about eating “out of cans like a wild animal” and posed in various demented states for his own camera. He also managed to debunk one of the few things people thought they knew about Tenet.

“He’s not a time traveller,” Pattinson said of his character. “There’s actually no time travelling. That’s, like, the one thing I’m approved to say.”

If you sought the ideal project to restart the moviegoing experience, you could do worse than a Christopher Nolan movie. The director of Dunkirk and The Dark Knight generates near-religious devotion among his acolytes. The fans will, without prompting, generate so much excitement that traditional promotion is scarcely necessary.

The trailer asks as many questions as it answers. Washington, who seems to be the lead, shimmies up tall buildings, straps on silencers and is welcomed to the “afterlife”. We learn that he is seeking to prevent World War Three. “Something worse” than a nuclear holocaust is promised. Kenneth Branagh is on a boat. Viewing the promo without prior information, any reasonably well-educated cineaste would identify it as the work of Christopher Nolan.

That is all very enticing, but no amount of chatter will push Tenet into profit if there is nowhere to screen it. Irish cinemas are not scheduled to open until three weeks after the proposed US date. There is speculation that, should an early release occur, American multiplexes will show Tenet in every screen to socially distanced audiences. Will crowds turn up so soon?

Warner Bros continues to implicitly position Tenet as the film that will reopen the industry. Even if, as most expect, the release is delayed, it will surely still be towards the head of the queue. (Disney’s Mulan, scheduled for July 24th, is currently the next big release.)

The entire industry will be studying Tenet’s performance. That is too much pressure for even a Christopher Nolan film. We have never been here before. Nobody knows what a good opening weekend looks like anymore. We’re playing tennis underwater. We’re eating spaghetti with knitting needles. Give the multimillion epic a break.