What kinds of films will we watch in the post Covid-19 era?

Stories will need to establish whether they are set before, during or after the pandemic 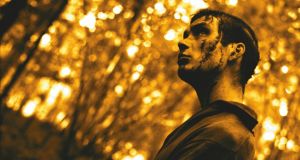 At time of writing, the cinema business is mostly concerned with the business of cinema. It is, perhaps, too early to be thinking how film-makers will address the Covid-19 catastrophe.

The movies will deal with it. So will novels. So will television. So will theatre. But no previous crisis offers any useful map as to how those stories might play out. Even worse things have happened, but this precise arrangement is new: the cosmopolitan sweep, the imposed isolation, the economic constriction. We’re lost here.

The most recent sudden convulsion came with the events of September 11th, 2001. The ripples from that event churned up Islamophobia, the Iraq War, a paranoid focus on security and – indirectly, but unstoppably – the financial crisis of 2008. Those things have driven storytellers ever since. The attacks themselves, however, directly affected many fewer people than the coranavirus outbreak. If you lived outside New York or Washington DC and lost no close associates, then 9/11 remained a news story. It may have been the biggest news story of your life (until 2020, anyway), but it was still something that happened to other people.

Film-makers, novelists and playwrights were, therefore, not under irresistible pressure to accommodate 9/11 in their yarns. Paul Greengrass’s United 93 and Oliver Stone’s World Trade Center dealt with the mechanics of the catastrophe. Spike Lee, already in the planning stages with 25th Hour when the planes hit, altered that film’s screenplay to acknowledge the unavoidable. Jonathan Safran Foer’s Extremely Loud & Incredibly Close and Don DeLillo’s Falling Man told further New York stories about the incident.

There was, however, no sense that any person writing a tale set anywhere in the world during 2001 was required to wind the attacks into their narrative. Even in the United States, most of the usual communal events happened at much the usual time. You would have no need to cancel the Super Bowl or the Oscars. (An author setting his book around the Ryder Cup would have been inconvenienced, but that was a niche demographic.)

You need go back to the second World War to find an event that proved hard to ignore for those constructing contemporaneous stories. Hard, but not impossible. Let’s leave the Irish, Spanish and Swedish experience to one side and note how erratically American cinema touched on the subject – even after Pearl Harbor.

The top 10 highest-grossing films in the US of 1945 were headed by the priesty The Bells of Saint Mary’s and the sexy Leave Her to Heaven. Billy Wilder’s The Lost Weekend and Alfred Hitchcock’s Spellbound are also in that chart. Not a single film makes any significant acknowledgment of the conflict. Day-to-day life was, in the US, less altered by the war than it has been by Covid-19.

The story was, of course, different in Europe. Where cinema still happened it was swallowed up by resistance, occupation and propaganda. British movie audiences continued to enjoy war movies through the 1950s. During the Blitz, writers such as Elizabeth Bowen, Graham Greene and Henry Green exploited the sense of dread brilliantly (though, oddly, there was no surge in war writing to compare with the poetry of the first World War).

Yet, for all the Blitz bluster across the Irish Sea, the coronavirus crisis is not much like either world war. Not even the most pessimistic prophet suggests these levels of disruption will last four or five years. So overwhelming was the Great War that it blasted the succeeding Spanish flu – otherwise the closest useful comparison – out of narrative culture. Kate Atkinson makes good use of it in her 2013 novel Life After Life, but few contemporaneous writers tackled the disease that killed more than 17 million. “Why Did So Few Novels Tackle the 1918 Pandemic?” the Smithsonian magazine asked (prophetically?) in 2017.

So great was the disruption of the first World War that the pandemic ended up being wound in as a terrible epilogue. The current disruption, though surely less deadly, affected everyone on the planet (the disadvantaged worst of all) with a rapidity that dulls the senses. That shift cannot help creeping into any story set in or around 2020. Before, after and during are three discrete states. Stories will need to establish which one they occupy.

One thing does seem certain. Eighteen and a bit years ago, columns such as this were awash with suggestions that movies would, in the wake of 9/11, become kinder, gentler and more escapist. We would, as in the Great Depression, all be watching jolly musicals. The 1930s also saw the rise of Universal horror and brutal gangster flicks. The 2000s gave us Saw, 28 Days Later and The Dark Knight.

The movies will be as grim and nihilistic as they ever were. Let’s hope audiences are prepared to turn out and watch them.

Fleet Foxes: ‘I’m trying to find silver linings in this madness, a healing space in music’
4